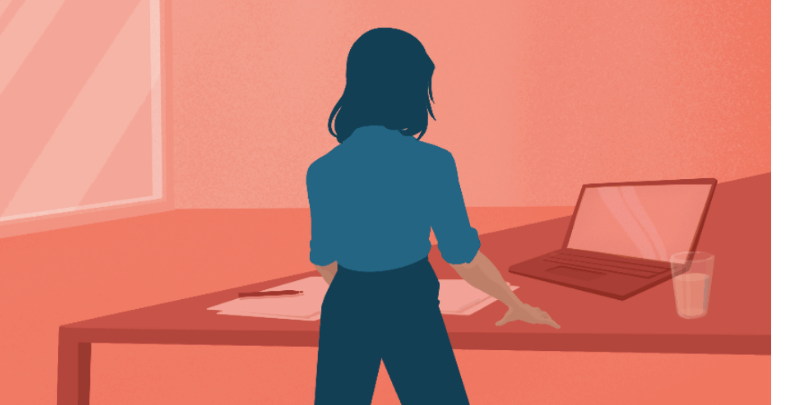 Key Findings: Our analysis of the composition of the boards of some of the most heavily funded private companies revealed that:

Our hope is that this study will bring attention to the need to engage more women in board service, that it will inspire CEOs and board members to seek candidates beyond their personal networks and challenge the assumptions that reinforce the status quo, and that it will serve as a baseline for tracking future progress.

The gender composition of the historically male-dominated corporate boardroom is under scrutiny, as investors and even some legislators call for increased diversity. Advocates argue that gender diversity in the boardroom leads to better corporate performance and greater opportunity for women in the workplace. To monitor progress on corporate board diversity, several studies track the gender mix among the boards of U.S. public companies, namely the U.S. Spencer Stuart Board Index and the Equilar Gender Diversity Index. Since the studies’ inceptions, the proportion of female directors has grown steadily, though women still occupy a minority of boardroom seats.

While the benefits of diversity would presumably apply to companies of any stage, the boards of private companies have largely been ignored. In this benchmark study, we analyzed the board composition of 200 of the most heavily funded U.S.-based private venture-backed companies to understand how they fare when it comes to gender diversity in the boardroom.

Most private company boards are all-male

Fewer than 10 percent of board seats are held by women

Most female directors are “onlys”

Of the 39.5 percent of companies studied that had at least one female board member, 76 percent had only a single woman director. That is, fewer than 10 percent of all the boards had more than one woman. Three boards each had three female members — the highest concentration in the study.

Investors compose more than half of private company board seats

Independent director seats are the most gender diverse

Fewer than 3 percent of U.S. companies that received venture capital funding between 2011 and 2013 were founded by women.

Within venture-capital firms, approximately 10 percent of the partners who make investment decisions are women.

These extreme gender skews carry through to the boardroom where 80 percent of seats are held by executives and investors and fewer than 5 percent of those are held by women.

Based on the gender composition of the venture-capital industry, one might expect men to outnumber women in investor director seats by a ratio of 10 to 1. However the female investor directors within this study were outnumbered closer to 20 to 1. Even for independent board seats, which are not constrained by an investing or managerial relationship with the company, there are four male directors for each female director.

Other contributing factors may include the ways in which prospective directors are recruited and assessed. When looking to fill a director seat, only 39 percent of public companies utilize executive search firms.  Instead, nearly half of these public companies rely on personal networks or recommendations from other board members to source candidates. For privately held companies, the dependence on professional networks and word-of-mouth referrals is likely even greater. Given that CEOs and other directors are predominantly men, the personal networks from which they draw candidates likely under-represent women. Additionally, a preference for prior board service or CEO experience may further tip the scales in favor of male candidates. Future research should unpack drivers of the gender disparities in board membership we found.

Why does gender diversity on private company boards matter?

Though board data is less accessible for private companies than it is for public, tracking it is no less important. The economic and societal arguments that call for gender diversity in public companies apply as well to companies in the pipeline to go public.

They employ diverse workforces and serve diverse customers, all of whom stand to benefit from a less homogeneous boardroom. And with the outsized role venture-backed private companies can play in driving innovation and shaping the future, the inclusion of women in their corporate governance is a social imperative. Further, as demonstrated by the recent improvements in gender diversity on public-company boards, greater oversight can help drive progress.

Only a fraction of the private companies studied would meet these criteria today. For the 115 companies based in California, 44 (38 percent) had a female board member, as required for the 2019 deadline. Only four of the companies met the July 2021 deadline criteria. Admittedly many of these companies may never be traded on the public market. However, those planning to go public will need to significantly alter their board composition to meet the law’s requirements.

We completed a comparative analysis of 98 U.S.-based venture-backed companies that have gone public since the beginning of 2018. For this group of companies, we found that 82 percent had at least one female board member. Half of those — 40 companies or 41 percent of those studied — had two or more female board members. Women held 18 percent of all board seats for these 98 companies. These statistics are only slightly behind those of the Russell 3000 companies but significantly higher than comparatives for the most heavily funded private companies we studied. The data suggests that, as companies on the IPO track address the SEC requirements for independent directors, the gender composition of their boardroom shifts toward improved diversity.

While gender is only one measure of diversity, the dramatic gender imbalance revealed in our analysis of private-company boards highlights the opportunity to bring a broader set of perspectives to the table when it comes to the governance of venture-backed companies.

This is not to suggest that women be siloed within independent directorships. Rather, this study highlights one of the downstream effects of the lack of gender diversity within the entrepreneurial and investing communities: the gender skew carries through into the boardroom. Significantly reducing the gender disparity on private-company boards will require addressing diversity across the entire start-up ecosystem.

The tracking that organizations like Spencer Stuart and Equilar have brought to public companies has coincided with a marked acceleration in the appointment of women to new directorships. Similarly, we hope this study will focus attention on the opportunity for private companies to bring diversity to their boardrooms. It is our intention to track progress against this benchmark on an annual basis.

For this study we analyzed 200 of the most heavily funded private U.S.-based companies to understand the composition of their boards as of Q3 2019. For comparative purposes, we also looked at the boards of 98 tech companies which completed an initial public offering between January 1, 2018 and June 30, 2019.

We then leveraged company website data along with SEC filings and Crunchbase profiles to characterize the board members. The study included only board directors; board observers and/or advisors were excluded from the data set. For each company, we segmented board members according to type: executive, investor or independent. In the few cases in which founders and past executives remained on boards despite no longer having an operating role at those companies, we classified those as “executive directors” in recognition of their original relationship to the company. We identified gender by referencing the professional profiles on Crunchbase. The resulting data set was checked for accuracy by students at the Kellogg School of Management.

For tech companies that recently went public during the 18 months ended June 30, 2019, we undertook a similar method, reviewing company web sites filings to characterize their board composition.

Crunchbase is the leading provider of private-company prospecting and research solutions. Over 55 million users—including salespeople, entrepreneurs, investors, and market researchers—use Crunchbase to prospect for new business opportunities. And companies all over the world rely on us to power their applications, making over 3 billion calls to our API each year. To learn more, visit about.crunchbase.com/ and follow us on Twitter @crunchbase

Him For Her is a social impact venture aimed at accelerating diversity on corporate boards. It engages leading “Hims” to introduce the world’s most talented “Hers” to board service. ​Since its founding in May 2018, Him For Her has provided thousands of warm introductions to board-ready women through 29 curated dinners across 9 U.S. markets and London, hosted by business luminaries such as Scott Cook, Reid Hoffman, Brad Smith and Jeff Weiner. For CEOs looking to build their boards, Him For Her taps its talent network to identify exceptional candidates who can bring new competencies to the boardroom. Him For Her board referrals are provided free-of-charge, and our work is supported by the generous contributions of donors and sponsors. Him For Her is a 501c3 corporation.

The Kellogg School of Management at Northwestern University is a premier global business school committed to its mission to educate, equip and inspire leaders who build strong organizations and wisely leverage the power of markets. Based just outside of Chicago, our vibrant, global community of faculty, staff, students and alumni shapes the practice of business and organizations around the world. Kellogg offers an innovative portfolio of programs: five Full-Time MBA programs including the accelerated One-Year MBA and Two-Year MBA options, and joint degree programs with the engineering, medical and law schools; an Evening & Weekend Program; the Executive MBA global network; a Master of Science in Management Studies; and extensive non-degree Executive Education programs.