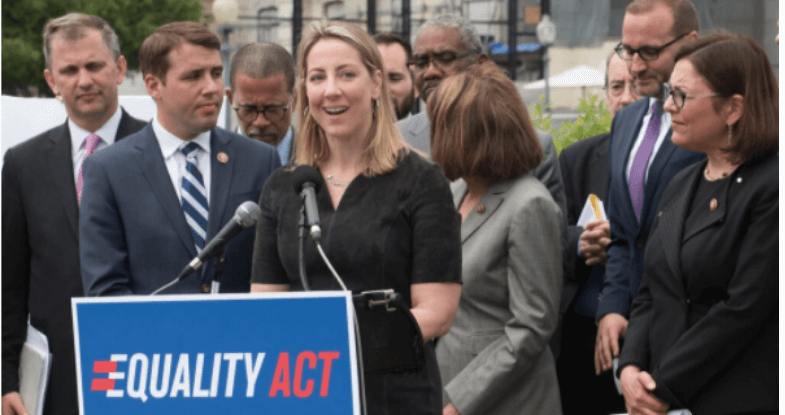 A Hidden Hurdle in Efforts to Diversify Boardrooms

Some companies are reluctant to let lower-level managers become outside directors, adding a systemic impediment to the push.

Last spring, Niki Christoff, a senior Salesforce executive, was offered an opportunity to join the board of a publicly traded company alongside her day job. Being a director of a public company is a corporate badge of honor, and the invitation signaled she was poised to break into a club long dominated by men.

Ms. Christoff, Salesforce’s senior vice president for strategy and government relations — and one of the “25 Most Powerful Women in Politics,” according to Fortune magazine — was inclined to accept the invitation. So she sought permission from Salesforce.

That’s when things got complicated.

“I was told Marc Benioff’s policy is that only his direct reports may serve on for-profit boards,” she told me as she recalled her conversation with Salesforce’s general counsel, referring to the company’s founder and C.E.O., Mr. Benioff.

“I said: ‘Well, I’m just going to go to him directly because I understand that the policy on its face is not discriminatory, but given how few women and people of color report directly to Marc, there’s a disparate impact on those groups. So surely when I talk to him, he’ll give me an exception,’” she said she had told the general counsel.

Ms. Christoff sent a text message to Mr. Benioff, who has publicly championed creating a culture of inclusion and was one of the first executives in Silicon Valley to try to end the gender pay gap.

“He said: ‘It’s our policy — it’s our perspective that people at Salesforce should be focused on Salesforce. And so, no,’” she said he had told her.

Ms. Christoff took the board role — and was fired by Salesforce.

Mr. Benioff texted back, “I’m so disappointed!” punctuated with a heart emoji, when she told him she planned to take the role.

Ms. Christoff’s story highlights one of the biggest unspoken challenges facing companies’ efforts to diversify their boards: Many of the nation’s biggest companies don’t allow their employees to join outside boards, especially not those below the senior-most ranks.

With so many employees trying to overcome barriers to promotions at their own employers, this creates a kind of systemic impediment to diversifying boardrooms.

And with companies facing growing calls from investors and society to diversify their boards, a new fault line is being exposed in corporate America: Should companies let their managers spread their wings?

Ms. Christoff is eager to bring attention to the issue. “People don’t know that these policies exist, and it’s not just Salesforce that has this policy,” she said. “It’s not uncommon to restrict board service to senior management. And so highlighting that issue to me feels important both from an equity perspective and from a business perspective.”

By state law, all public companies based in California must have at least one female board member and one from an underrepresented community. Nasdaq has proposed a rule that all companies listed on the exchange must disclose the diversity of their boards and must have at least one woman and one director who self-identifies as an underrepresented minority or L.G.B.T.Q. Goldman Sachs has said it won’t take a company public unless its board has at least two directors who aren’t straight, white men.

Although 59 percent of new directors at S&P 500 companies last year were women or ethnic and racial minorities, according to the recruiting firm Spencer Stuart, turnover in board seats is limited, so progress in diversifying boardrooms remains slow. (The average board has 11 directors, with a typical tenure of eight years.)

Women now account for just under 30 percent of directors at the largest listed companies, while ethnic and racial minorities make up around 20 percent. When they are hired on a board, candidates from these groups are more likely to be first-time directors than white men, are less likely to be current or former chief executives and tend to be younger.

Mr. Benioff’s policy at Salesforce isn’t unusual. Many companies, especially technology firms, restrict corporate board membership, in part because they worry it could divert employees’ attention from their core responsibilities. (Companies tend to impose fewer restrictions on joining charity boards.)

“I know that all of our 57,000 employees would love to join a board,” Mr. Benioff told me. “Unfortunately it’s not tenable.”

“This isn’t easy,” he continued. “All 57,000 Salesforce employees cannot join the boards of other companies at their will — it’s too much risk and complex for a company of our size and scale.”

He said that while he recognized that it could prove helpful for certain employees’ development, on the whole “it can be highly distracting.” He added: “I might have this wrong. We are continuing to evaluate our policy.”

Steve Jobs, Apple’s founder, didn’t believe in outside board memberships, either, except for himself: He sat on the board of Disney after it bought Pixar, which he had founded. (His successor, Tim Cook, is on Nike’s board.)

In Adam Lashinsky’s book “Inside Apple: How America’s Most Admired — and Secretive — Company Really Works,” Andy Miller, Apple’s vice president for mobile advertising, is described as visiting Mr. Jobs to inquire about joining an outside board.

Mr. Jobs delivered an icy reply: “What? You’re barely cutting it here and you want to go spend your time helping someone else’s company?”

In truth, the time commitment for serving on a corporate board is substantial. Counting preparation time, travel and the meetings themselves, it can take up 20 to 25 days a year, or more if there is a crisis.

Few companies have explicit rules governing outside directorships, instead deciding on an ad hoc basis whether or not to allow an employee to take on the post.

But you will be hard pressed to find, for example, Amazon employees serving on outside boards.

It may have good reason: One of the most frequently cited reasons companies bar employees from joining outside boards is that it could pose a conflict of interest. Given the number of businesses Amazon is in, that could be a particularly powerful rationale.

There is also what some C.E.O.s call “the branding issue.” Many high-profile companies worry that smaller firms want to appropriate the good will of the larger brand via board appointments. Certain businesses and certain industries could also be considered risky from a reputational point of view.

That seemed to be at least one of the concerns at Salesforce in Ms. Christoff’s case. The company that invited her to join its board is MedMen, a publicly traded cannabis company.

And then there is a thorny internal power dynamic that appears to be surfacing at some companies. When lower-level employees are invited to be on boards amid the push for more diversity when their superiors are not being asked, it can stoke resentment, some executives said.

Whatever the case, companies must grapple with the new reality that a wider range of their employees are being sought out for directorships. And in some cases, it may actually benefit the employer, adding not just diversity to the outside company, but new perspectives and diversity of thought to their own.

“Is it important for the professional development of an executive to have outside board service? For many senior executives it is,” said James Drury, a longtime corporate governance and executive search consultant who has placed many on top boards. “Because until they sit in the seat of a board director, they don’t really understand the nature of the questions being asked in their own boardroom.”