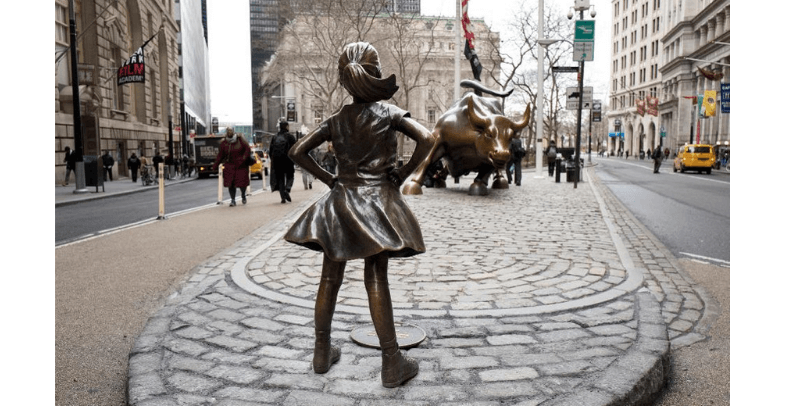 A New Milestone for Board Gender Diversity

As reported by the WSJ, a new milestone has finally been reached for board gender diversity: there are no longer any companies in the S&P 500 with all-male boards!

According to an ISS publication on U.S. Board Diversity Trends in 2019, 45% of new board positions among the Russell 3000 were filled by women in 2019, up from 34% in 2018, and a substantial improvement compared to only 12% in 2008. Moreover, in contrast to “previous years, when the percentage of new female directors was higher at large-capitalization companies, the high rate of new female directors—at almost parity—is consistent across all market segments.” This shift may reflect, in part, various initiatives by large asset managers, such as BlackRock and State Street, seeking to impose, through their votes, their own mandates for more board gender diversity. (See this PubCo post and this PubCo post.) ISS also attributes some of the change to California’s new board gender diversity mandate, affecting almost 700 companies. (See this PubCo post and this PubCo post.) The WSJ reports that, of “the 94 public companies in California with all-male boards when the law passed in late 2018, about 60% have added at least one woman to their boards since….”

SideBar
The Califoria legislation requires that public companies (defined as corporations listed on major U.S. stock exchanges) that have principal executive offices located in California, no matter where they are incorporated, include, as former Governor Brown phrased it, a “representative number” of women on their boards of directors. Under the new law, each public company will be required to have a minimum of one woman on its board of directors by the close of 2019. That minimum increases to two by December 31, 2021, if the corporation has five directors, and to three women directors if the corporation has six or more directors. (See this PubCo post.) ISS reports that other states are now also in the legislative mix, with New Jersey having “recently introduced legislation modeled after the California law, and Illinois…debating a bill that will require both gender and ethnic diversity on corporate boards.” See our recent article, Next Steps For California’s Board Diversity Law, published in the March/April 2019 edition of The Corporate Board, which offers a number of strategies to enhance board gender diversity.

This article in The Washington Post contends that, notwithstanding the achievement among the S&P 500, the “near eradication of all-male boards among America’s largest publicly traded companies disguises the challenges ahead as boards try to move closer to parity.” For example, “recent research has shown that boards tend to practice a sort of ‘twokenism,’ diversifying to a point where they meet what’s considered the norm and then appear to do less to raise the numbers. Another study from 2013 found that first-time female directors—as well as minority directors—tend to receive far less mentoring about boardroom norms than white men, making other appointments less likely and shorter tenures by women or minorities more likely.” In addition, “some worry that so much emphasis on any link between gender diversity and financial performance could create heightened expectations. ‘What kind of pressure does that place onto shoulders of diverse directors?’”

To be sure, the article reports that the “results from social science research are mixed, according to meta-analysis studies that review other research.” (See this PubCo post, which identifies some of the positive as well as the mixed results.) However, according to the article, “more diversity was shown to be linked to more corporate social responsibility and ethical behavior,” issues that increasingly resonate with investors. This recent GAO report, presented to the House Committee on Financial Services, also reflects those mixed results, but contends that board diversity increases the range of perspectives presented, enhancing the board’s decision-making process:

“For example, academic and business research has shown that the broader range of perspectives represented in diverse groups requires individuals to work harder to come to a consensus, which can lead to better decisions. In addition, research has shown that diverse boards make good business sense because they may better reflect a company’s employee and customer base, and can tap into the skills of a broader talent pool. Some research has found that diverse boards that include women may have a positive impact on a company’s financial performance, but other research has not. These mixed results depend, in part, on differences in how financial performance was defined and what methodologies were used.”

To gather views on the factors impeding diversity and potential strategies to address them the GAO conducted “semi-structured interviews” with various stakeholders, including CEOs, directors, investors and SEC officials.

The report identifies three factors that inhibit board diversity:

The GAO report recommends a number of strategies designed to address these impediments:

SideBa
rThis WSJ article identified as a “stubborn paradox” the fact that companies “are appointing more women to board seats than ever, yet the overall share of female directors is barely budging.” In comments to the WSJ, the managing director for corporate governance research at the Conference Board indicated that, in “the last two decades, there’s been a sweeping revolution in the field of corporate governance…. Yet if you look at the composition of the board, at its core, it remains the same at many public companies and quite resistant to change.’” Why is that? It’s not, as some have suggested, a lack of qualified women board candidates. Rather, according to the Conference Board, it’s that “average director tenure continues to be quite extensive (at 10 years or longer), board seats rarely become vacant and, when a spot is available, it is often taken by a seasoned director rather than a newcomer with no prior board experience.”According to a new study from the Conference Board, looking at SEC filings in 2018, half of the Russell 3000 and 43% of the S&P 500 companies did not disclose any change in board composition. With low board turnover, the opportunities for increasing board diversity are necessarily more limited. As reported in the WSJ, the study found that, for companies in the Russell 3000, “the average director stays in the job for 10.4 years and about a quarter of them step down only after 15 years. The upshot is that boardrooms remain the preserve of older, mostly white men: Only 10% of Russell 3000 directors are 50 or younger, while about one-fifth are older than 70….” According to the study, the industries with the longest average director tenures were financials (13.2 years), consumer staples (11.1 years) and real estate (11 years). But even the shortest average tenure was just over eight years (healthcare industry). (See this PubCo post.)