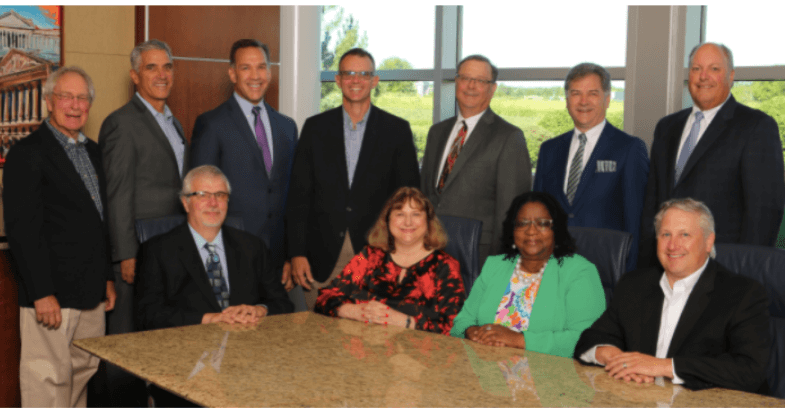 A Rewarding Journey Toward Board Diversity

Over the winding road that is Commerce State Bank’s board evolution, we have come to see (and reap) the benefits of a knowledgeable, diverse board.

In 2004, Tom Hopp, Dave Borchardt and I, founders of a new entity that would become Commerce State Bank, began a search process for directors to serve on a local board that would focus on attracting capital and clients from the community.

Commerce State Bank’s business strategy called for one location in West Bend, Wisc. Directors would be local businessmen. We used our local networks of friends, clients and professional advisors to create a pool of candidates, ultimately selecting eight individuals to serve as outside directors. We three served as “inside directors.”

After securing $12 million of investment capital and a banking charter from the FDIC, the bank began operating on Aug. 31, 2005. Our focus immediately changed from creating to executing the business strategy. The leadership team quickly grew the bank with an engaged board that provided referrals and other help.

One year into a successful start, the focus of one of our directors shifted from the bank to more esoteric strategy discussions on matters such as health insurance and shareholder ownership limitations. It became clear that he had his own agenda, which caused discomfort within the board. In my role as CEO, I asked the director to resign. After several difficult conversations, the director stepped down.

Three years later, our sole director with bank experience resigned for reasons both personal and professional. The board knew the value of including a director with banking experience, so we pursued a director with a similar background. A retired executive from a local bank was identified and brought on to the board. However, his tenure would not be a lengthy one.

In 2009, during the real estate market meltdown, a director with real estate ties resigned, deciding he needed to devote all his attention to his business. This coincided with the opening of a location in a new market. Leadership identified the need to seek a board member who was prominent in that community. They settled on a second-generation business owner who had sold his family business.

Clearly, the evolution of Commerce State Bank’s board has not been short on twists and turns. But there was one factor to this point in our existence that had been unfortunately steady: All of our directors had been white males. I knew that had to change and began to push discussion on the benefits of diversifying our board. We needed to grow as an organization and as individuals professionally. Our board needed to gain a broader perspective and to better reflect our client base.

In 2016, we were finally able to carry through on that vision. In the process of completing the company’s final capital raise, a Native American tribe became a shareholder, with the bank providing one board seat and requiring it to be held by a tribal citizen. That seat is now held by Kevin Allis, president and owner of Thunderbird Strategic LLC in Washington, D.C., who brings with him a demonstrated expertise in the areas of government relations, legal services and policy analysis.

After so many years of existing with only white males on the board, it became clear that we had to become much more proactive and deliberate about adding people of diverse backgrounds. In 2018, we added our first woman director to the board. Lori Stortz (MWi member), who currently serves as chief audit executive for University of Wisconsin System, came with a wealth of experience as an audit partner at several accounting firms, including Deloitte and RSM US LLP.

In 2021, our board expanded to further strengthen efforts around diversity. After an expansive search, we added Carla Cross, the first African American woman to serve on the board of Commerce State Bank. As president and CEO of Cross Management Services Inc., she boasts vast experience as an advocate for using minority contractors in construction projects, as well as in real estate development.

The move to further diversify our board has reaped immediate benefits. Our newest board members bring new levels of expertise, professionalism and a host of fresh contacts. Beyond that, they are just incredibly talented people. While we realize that we can’t change the makeup of our board all in one swift move, we plan to continue our work toward an efficient, diverse board. The goal will be to prioritize diversity efforts while also balancing our need for institutional knowledge and history.

Looking at our board evolution, again, there have been many changes, but the constant has been the board’s work in strengthening the success of Commerce State Bank. Their ability to bring perspective, experience and knowledge to their role has consistently benefited our organization. Individual board members may look at issues or opportunities in different ways, but having those varied opinions presented to our leadership has brought a clarity that one person, working by him or herself, may not be able to see.