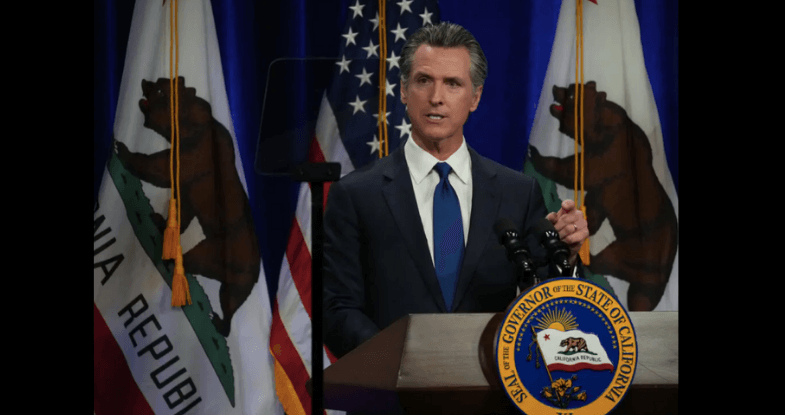 California Law Requiring Board Diversity Is Struck Down

In a blow to the state’s efforts to deal with disparities in the workplace, a judge found the law unconstitutional. It’s unclear whether the state will appeal the ruling.

A California law requiring diversity on corporate boards of directors has been struck down in a blow to the state’s efforts to address racial and gender disparities in the workplace.

In response to a lawsuit brought by Judicial Watch, a nonprofit conservative advocacy group, Judge Terry Green of Los Angeles County Superior Court on Friday found that the law violated the state constitution.

The law, Assembly Bill 979, went into effect in 2020. It requires publicly traded companies based in California to have board members from underrepresented communities including people of several races and ethnic groups and people who identify as gay, lesbian, bisexual or transgender. Gov. Gavin Newsom, in signing the bill into law, proclaimed it a victory for racial justice and empowerment.

Judicial Watch’s lawsuit, filed a month after the law was signed, argued that it was unconstitutional because it mandated quotas.

In a filing, Judge Green wrote that the state had made no attempt to address the issue by altering the selection process for boards of directors.

“If demographically homogeneous boards are a problem, then heterogenous boards are the immediate and obvious solution,” he wrote. “But that doesn’t mean the Legislature can skip directly to mandating heterogenous boards.” He also described the law as “a bit arbitrary” on which groups it aimed to help in an earlier hearing, according to Law360.

In a statement after the ruling, Tom Fitton, president of Judicial Watch, decried the law as part of “one of the most blatant and significant attacks in the modern era on constitutional prohibitions against discrimination.”

California has led the country in pushing companies to diversify their top ranks, starting with a 2018 law that required corporate boards have at least one woman. Companies that do not comply face fines.

Since the 2018 law was passed, the number of women on boards more than doubled, according to a report from California Partners Project, a nonprofit focused on gender equity that was founded in part by Governor Newsom’s wife, Jennifer Siebel Newsom. Last year, more than half of new board appointees were women, the group said.

In a statement, California Partners Project called the decision “disappointing but not determinative.” The group pointed to studies showing business outcomes were better “when all of our rich talent is represented in positions of leadership” and noted that investors motivated by these outcomes would continue to pressure companies to have diverse boards.

The Securities and Exchange Commission has approved a rule by Nasdaq, set to go in effect this year, that will require companies listed on its exchange to disclose the ethnic and gender makeup of their boards and have at least two “diverse” members or explain why they do not. Other states, including Maryland and New York, have required companies to disclose board diversity statistics, but none have enacted mandatory quotas.

Judicial Watch filed a separate lawsuit over California’s gender diversity law, making the same argument against quotas. It has also pressured the Securities and Exchange Commission to abandon its approval of diversity rules.

It was not clear whether California would appeal Judge Green’s ruling. The office of the secretary of state, Shirley Weber, did not respond to a request for comment.

The decision was not a complete surprise, and California’s gender diversity law may face a similar fate, said David A. Bell, the co-chairman of corporate governance at the law firm Fenwick & West. “Under constitutional principles, the courts have generally been hostile to quotas,” Mr. Bell said.

Still, if Judge Green’s decision holds up after any potential appeals, Mr. Bell said he did not expect it to change much for companies that are already being pushed to diversify their top ranks.

“It has already set a benchmark for expectations by a lot of different stakeholders — institutional investors, employees, customers,” he said. “The benchmark exists and those expectations are going to carry forth in the world.”