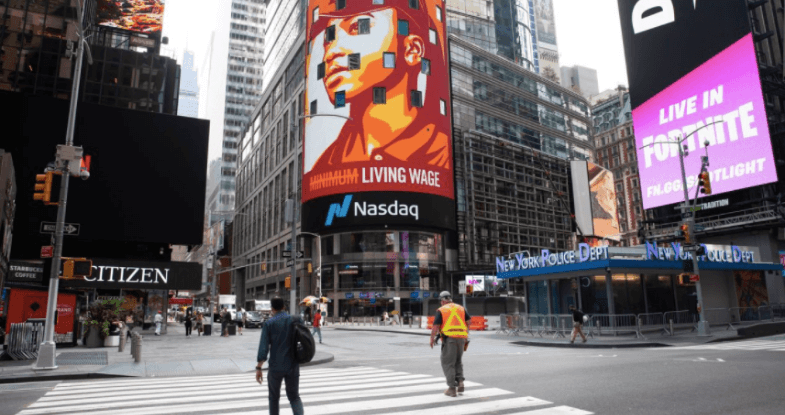 One of the biggest board recruiting rushes in U.S. corporate history is set to commence, and it is likely to be a delicate one.

A new board-diversity proposal from Nasdaq Inc. NDAQ 1.85% and a similar mandate passed in California this fall are expected to pave the way for potentially thousands of people with racially and sexually diverse backgrounds to join corporate boards over the next few years. Nasdaq—which would require listed companies to have at least one woman and another director who is either a racial minority or lesbian, gay, bisexual, transgender or queer—has found that three-quarters of its nearly 3,000 listed companies don’t meet its proposed criteria.

Recruiting those directors raises a set of awkward challenges for companies. A board candidate’s ethnic background or sexual orientation isn’t always obvious, and scouting those candidates can require some unconventional digging, recruiters and directors say. A bigger, more sensitive issue, many say, is making their boardroom additions more than just a check-the-box exercise.

“When I get those calls, my first reaction isn’t, ‘Oh I’m getting those calls because I’m a Black woman.’ My first reaction is: ‘Oh, I’m getting the call because I’m a finance person,’ ” said Mary Winston, a director at companies including Chipotle Mexican Grill Inc. and Bed Bath & Beyond Inc., of calls she has gotten about filling other board vacancies. Still, “I can’t say it’s not in the back of my mind,” said Ms. Winston, a former chief financial officer at Family Dollar.

Repeated studies have shown a link between board diversity and better financial results, and there is an abundance of senior-level women and minority executives who more than meet the necessary qualifications for directorships, said Beth Stewart, chief executive of Trewstar Corporate Board Services, a recruiting firm.

“Everybody thinks there’s a supply or pipeline problem and they’re just absolutely wrong,” she said.

Veteran directors say they have developed a sense for when companies and other organizations are interested primarily in their race or gender, and not the broader skills that they can bring to a boardroom.

Jim Taylor, a vice president of leadership initiatives at BoardSource, a board-governance nonprofit based in Washington, D.C., said he declined two invitations to join nonprofit boards in recent years after it became apparent that the groups had largely sought him out because he was Black. He recalled how one director interviewing him seemed unprepared to answer what he thought Mr. Taylor could contribute to the board beyond helping diversify its makeup.

Mr. Taylor recommends all potential directors, and in particular people of color, ask why they are being recruited, “to make sure that they’re not walking into a situation where they’re going to be tokenized.” He added: “We really would like to make sure that boards do not approach this process with a check-the-box mentality.”

Pressure on companies to shake up their predominantly white and male boards has been building. California passed a mandate earlier this year that requires publicly traded companies based in the state to have at least one director with a racial, ethnic or other minority background by 2021, after enacting a similar law mandating female directors in 2018. Institutional investors such as BlackRock Inc. and State Street Global Advisors have also pushed companies to diversify their boards with threats to vote against some directors.

Some proponents say the mandates, including Nasdaq’s proposal, are a sign corporate boards have diversified too slowly on their own.

“It was basically an indictment on most of corporate America,” said Shellye Archambeau, a former CEO of software company MetricStream, and a current director at several companies, including Verizon Inc., Okta Inc. and Nordstrom Inc. If businesses “were doing the right job, they wouldn’t have to actually put those kinds of mandates down.”

Racial or ethnic minorities accounted for 12.5% of board seats in the Russell 3000 index this fall, up from 9.93% at the end of 2015, according to data from Institutional Shareholder Services. A significant share of new board seats are going to diverse picks, recruiters said.

A cottage industry has taken shape around diversity recruitment. Bigger recruiting firms, such as Heidrick & Struggles International Inc., have pledged to include more women and underrepresented groups in slates of candidates they present to boards. A number of smaller search companies have also formed, specializing in bringing qualified women and minority candidates to companies. Nonprofits such as the Forté Foundation, meanwhile, have cultivated extensive networks of female executives looking to serve on boards, while the National Association of Corporate Directors launched an initiative this fall to identify people—many women and minorities—ready to serve on boards, pairing them with training and networking.

Yet implementing racial and sexual diversity quotas is especially challenging. Some candidates may want to keep details of their ethnicity or sexuality private. Prospective board members would have to be openly LGBTQ, for instance, as companies aren’t going to ask, said Mike Magsig, managing partner of the global board and CEO practice at executive search firm DHR International.

Some search firms are looking for clues, such as what nonprofit boards potential directors sit on, to suss out whether they are part of an underrepresented group, he added. Others are combing through photos of current and retired public-company CFOs, for example, to help find people of color, one recruiting-firm chief said.

To avoid tapping the same pool of veteran directors and to ensure they bring fresh expertise into their boardrooms, companies have to look for candidates beyond those with C-suite experience, said Peter Gleason, CEO of the National Association of Corporate Directors. By searching for division presidents, entrepreneurs or people with specialized experience, such as in emerging technologies or cybersecurity, plenty of diverse candidates emerge, said Jocelyn Carter-Miller, a former chief marketing officer at Office Depot, and a current director at Principal Financial Group Inc. and others.

“We never want to hear, ‘I can’t find diverse talent on my board’ ever uttered again,” Mr. Gleason said.

In-demand directors said they try to recommend other minority candidates if they can’t answer a call to serve on a board themselves. When Steven Davis, the former chairman and CEO of restaurant chain Bob Evans, who sits on four corporate boards, gets calls about board seats now, he lets people know that he is “at capacity” but will offer to forge introductions to other prospects.

The most effective boards tend to be those that have not only one woman, person of color or underrepresented group, but a number of them, said Eva Sage-Gavin, senior managing director of the global talent practice at Accenture PLC. “It takes multiple voices to create that full inclusion and comfort,” she said.

As boards diversify, Ms. Archambeau said prospective directors shouldn’t obsess about why they were asked to join, but how they can contribute.

“Tell me why it makes a difference why the door got opened. The door’s been opened for people for all kinds of reasons forever,” she said. “All that matters is what you do when you get on the other side of that threshold.”