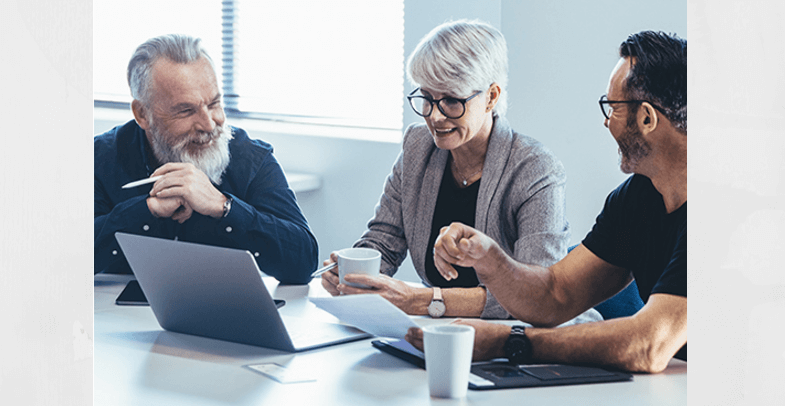 (Harvard Business Review, September 12, 2019) A number of governments (notably those in India, California, and parts of Europe) are pushing for greater female representation in the boardroom. And several studies suggest why: Having women on the board results better acquisition and investment decisions and in less aggressive risk-taking, yielding benefits for shareholders. What’s less clear is why these effects happen.

Our research suggests one potential reason: Having female board members helps temper the overconfidence of male CEOs, improving overall decision making for the company.

We were interested in studying overconfidence because prior research has shown that it can be detrimental to the firm and is more prevalent among male CEOs. Overconfidence leads CEOs to overestimate returns and underestimate risk, which can result in overinvestment and excessive risk-taking, destroying shareholder value. We were curious about how the board — which is responsible for supervising the CEO — might moderate a CEO’s tendency to get overconfident.

One benefit of having female directors on the board is a greater diversity of viewpoints, which is purported to improve the quality of board deliberations, especially when complex issues are involved, because different perspectives can increase the amount of information available. At the same time, research has found that female directors tend to be less conformist and more likely to express their independent views than male directors because they do not belong to old-boy networks. So a board with female directors might be more likely to challenge the CEO and push him to consider a wider range of options, as well as pros and cons, when making strategic firm decisions. This could then attenuate CEO overconfidence and correct for potentially biased beliefs.

To test this, we gathered data on 1,629 listed firms in the U.S., including data on their CEOs and boards, for the time period 1998 to 2013. During these years men were disproportionately represented among CEOs and board members. Women, on average, made up 10.4% of the board members and 2.9% of the CEOs in our sample. We examined whether CEOs were less likely to exhibit overconfidence when there were women on their board, and how this effect influenced corporate decisions and performance.

To assess overconfidence, we looked at CEOs’ option-exercise behavior. Unlike corporate decisions that reflect top management’s collective beliefs (such as whether to pursue a corporate strategy), the personal choice of holding or exercising vested options is likely to reveal a CEO’s individual beliefs and confidence about the company. We estimated CEOs’ level of overconfidence by calculating the “moneyness” of their stock option portfolios, or how much the stock price exceeds the exercise price for each year. Think about it this way: If a CEO is confident about the future performance of the firm, he’ll likely be more willing to hold onto his options, thinking he’ll profit from a future stock price appreciation. But if it’s already profitable to exercise those options because the market price is high, holding onto them could indicate overconfidence about the company’s prospects, especially if the anticipated future performance doesn’t materialize.

We then analyzed whether female board representation affected this behavior, controlling for many factors that could influence overconfidence, including firm size, profitability, leverage, growth opportunities, corporate governance, and CEO characteristics (such as age, tenure, education, professional background, and experience). After accounting for these, we found a negative and significant relationship between female board representation, as measured by the fraction of female directors, and the overconfidence measure for male CEOs. In other words, male CEOs at firms with female directors were less likely than male CEOs at firms with no female directors to continue holding options when exercising would yield profits. Interestingly, there was no similar effect on female CEOs’ option-exercising behavior. It’s hard to say why this is the case — whether it’s because female CEOs tend to be less overconfident, for example — because the sample of women was so small.

If women on boards keep CEO overconfidence in check, how might this impact corporate decisions and performance? We’ve already said that too much CEO overconfidence may hurt the firm if it leads to overinvestment in certain opportunities and/or bad acquisitions. So, by reducing CEO overconfidence, female board representation may also result in less aggressive investment policies and better acquisition decisions. This would make the gender composition of the board particularly important in industries where CEOs are more likely to suffer from overconfidence – in our data, we found that the most overconfident CEOs were in industries like pharmaceuticals, computer software, coal, and construction. And we did find that having at least one female director on the board was associated with less aggressive investment policies, better acquisition decisions, and ultimately improved firm performance in these industries. We did not observe this relationship in the remaining industries, such as telecommunications and utilities, perhaps because CEO overconfidence was already not so high.

To further examine how female board members affect firm performance, we looked at differences in accounting and stock performance for 516 firms during the financial crisis of 2007 to 2009. We expected CEO overconfidence (which we similarly estimated from their option-exercising behavior) to result in poor performance during the crisis, as it might have led CEOs to pursue aggressive strategies that made their firms more vulnerable. But because female directors might be more likely to temper these CEOs’ behavior, we expected to see better performance during the crisis for firms with female directors.

Our study has two important policy implications. First, it suggests that female board representation matters more in certain industries, because some industries have more overconfident CEOs. Second, our findings suggest female board representation can be especially beneficial in helping firms weather crises. Overall, our research supports the view that having women on boards improves strategic decision making and benefits firms.