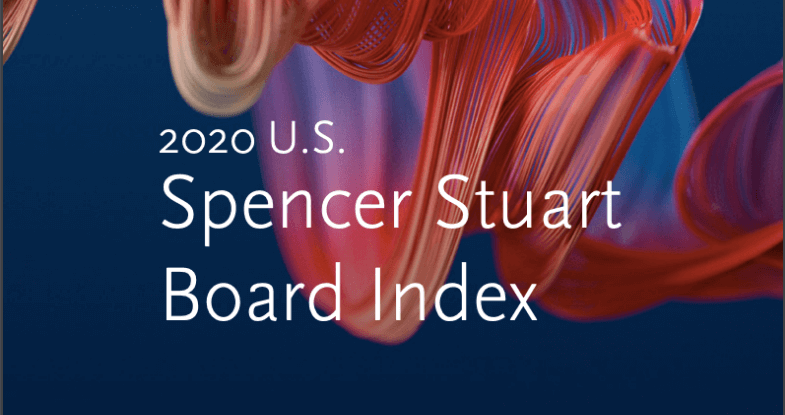 Now in its 35th year, the U.S. Spencer Stuart Board Index analyzes the board governance practices of the S&P 500. Some of the most notable findings are highlighted below.

S&P 500 boards are heeding the growing calls from shareholders and other stakeholders for enhanced boardroom diversity of gender, age, race/ethnicity and professional backgrounds. The 2020 incoming class of 413 independent directors shows that change is happening on many fronts, driven by the addition of women and minority men directors.

Gender diversity is a clear boardroom priority, with women constituting 47% of the incoming class, compared to 46% last year. Of the 272 S&P 500 companies appointing new independent directors over the past year, just under half (48%) increased the number of women directors (on a net basis after independent director departures):

Boards are also focused on racial/ethnic diversity. Although one-quarter (24%) of S&P 500 companies included a statement in their proxy committing to diverse slates when considering new directors, recruiting of minority directors fell slightly. Just under one of four new S&P 500 directors (22%) are minorities (defined as Black/African American, Asian and Hispanic/Latinx). This represents a slight decrease from 23% last year, but a notable increase from 12% a decade ago.

While women and minority men make up more than half of the new independent directors, continued low boardroom turnover remains a persistent impediment to meaningful year-over-year change in the overall composition of S&P 500 boards. As a result, despite the record number of female directors, representation of women on S&P 500 boards increased incrementally to 28% of all directors, up from 26% in 2019, and 16% in 2010. 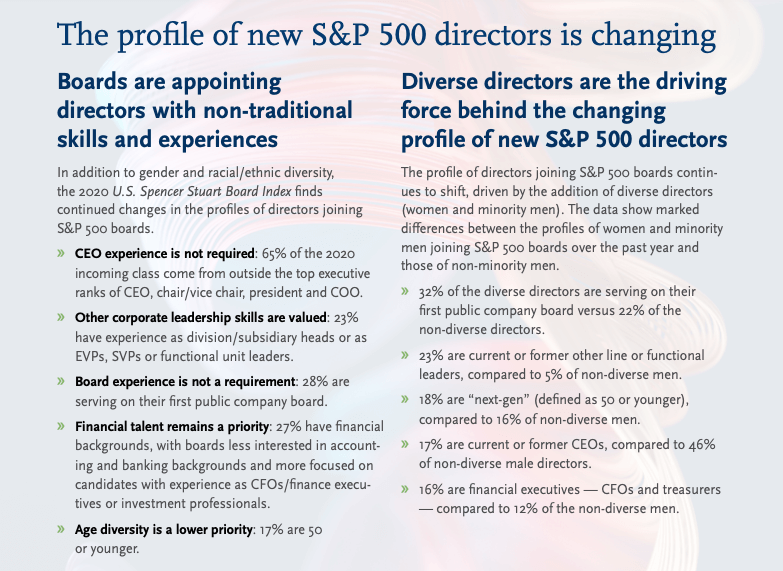