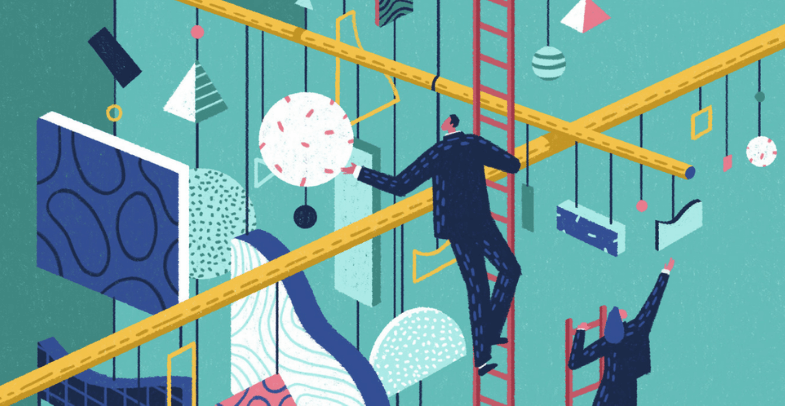 None of us will see gender parity in our lifetimes, and nor likely will many of our children. That’s the sobering finding of the Global Gender Gap Report 2020, which reveals that gender parity will not be attained for 99.5 years.

Gender parity has a fundamental bearing on whether or not economies and societies thrive. Developing and deploying one-half of the world’s available talent has a huge bearing on the growth, competitiveness and future-readiness of economies and businesses worldwide.

The index’s rankings offer an effective means to benchmark progress. They are designed to create global awareness of the challenges that gender gaps pose, as well as the opportunities that emerge when action is taken to reduce them.

Political representation on the rise, but is it enough?

Now in its 14th year, the Global Gender Gap Report 2020 benchmarks 153 countries on their progress towards gender parity in four dimensions: Economic Participation and Opportunity, Educational Attainment, Health and Survival and Political Empowerment. In addition, this year’s report examines gender gap prospects in the professions of the future.

The report presents a decidedly mixed picture. Overall, the quest towards gender parity has improved, ducking back under a century and registering a marked improvement on the 108 years in the 2018 index. Greater political representation for women has contributed to this, but overall the political arena remains the worst-performing dimension.

At the other end of the scale, it is forecast to take just 12 years to attain gender parity in education, and in fact, overall, gender parity has been fully achieved in 40 of the 153 countries ranked.

The “role model effect” reaps dividends at the top …

Drilling down into the facts and figures, it will take 95 years to close the gender gap in political representation, with women in 2019 holding 25.2% of parliamentary (lower-house) seats and 21.2% of ministerial positions.

Positively, the so-called “role model effect” may be reaping dividends in terms of leadership and wages. Improving political empowerment for women has, as a general rule, corresponded with increased numbers of women in senior roles in the labour market.

… but not lower down

In contrast to this positive progress in the lofty world of leadership, women’s participation in the wider labour market has stalled and financial disparities are increasing. Globally, the trend is towards a deteriorating picture in emerging and developing economies, which is offsetting the gains made in OECD countries.

Although education attainment as well as health and survival enjoy much closer to parity (96.1% and 95.7% respectively), one important area of concern is that of economic participation and opportunity. This is the only dimension where progress has regressed. Here, the figures are sobering, with a deteriorating situation forcing gender parity to a lowly 57.8%, which in time represents a massive 257 years before gender parity can be achieved.

The report highlights three primary reasons for this: women have greater representation in roles that are being automated; not enough women are entering professions where wage growth is the most pronounced (most obviously, but not exclusively, technology), and women face the perennial problem of insufficient care infrastructure and access to capital.

Working towards a better outlook for future jobs

Looking to the future, the report reveals that the greatest challenge preventing the economic gender gap from closing is women’s under-representation in emerging roles. In cloud computing, just 12% of professionals are women. Similarly, in engineering and Data and AI, the numbers are 15% and 26% respectively.

To address these deficiencies, workforce strategies must ensure that women are better equipped (in terms of improved skills or reskilling) to deal with the challenges and take advantage of the opportunities of the Fourth Industrial Revolution. Diverse hiring is another area for improvement (reflecting the current situation that sees gender parity in an in-demand skillset but not equal representation), along with creating inclusive work cultures.

The top country for gender parity remained Iceland (for the 11th year running).

The most-improved countries were Albania, Ethiopia, Mali, Mexico and Spain.

Of the 149 countries ranked, 101 improved their scores on the 2019 index (this excludes the five new countries that have joined the ranking this year).

A further 48 saw their performance unchanged, while the top 10th percentile saw their scores improve more than 3.3% year-on-year.

A total of 35 countries have achieved gender parity in education.

In healthcare, 48 countries have achieved near-parity and 71 have closed at least 97% of the gap.

Globally, gender parity stands at 68.6% and the bottom 10 countries have closed just 40% of the gender gap.

Political empowerment scores are poor. In terms of parliamentary representation, globally women have secured just 25% of available positions, a figure that slips to 21% at a ministerial level. At this level, there are nine where they have no representation.

In the past 50 years, 85 states have had no female head of state.

In terms of economic participation, the gender gap will take 257 years to close (compared to 202 years in the 2019 report).

There are 72 countries where women are barred from opening bank accounts or obtaining credit.

There is no country where men spend the same amount of time on unpaid work as women. In countries where the ratio is lowest, it is still 2:1.

These figures, however, mask several key trends, which have a significant impact on the time to gender parity. In North America progress stalled during 2019, while further south in Latin America and the Caribbean, several countries performed strongly over the course of the year.

This translates into gender parity in years as:

How to get ahead

This year’s index highlights areas where policy-makers need to focus greater attention. At the federal level, greater political representation – and in some nations, any representation at all – for women is a pressing need.

Without representing one-half of the population in national and local politics, progress will be stymied in other areas pertinent to women and the quest for gender parity. This is starkly shown in the dimension of economic participation and opportunity. Without changing legislation and cultural/social attitudes towards the relative amount of time women spend on unpaid domestic work and care, the burden of household and care duties will not be rebalanced, a situation that will continue to undermine women’s career opportunities.

Looking ahead, policy-makers need to take action to better equip younger generations – particularly in developing nations – with the skills to succeed in the world of future jobs. Increasing formal education attainment is necessary – and the strong gender parity in this area to be applauded – but it is insufficient to provide young men and women graduating from every level of education with the types of skills needed for the Fourth Industrial Revolution’s job market. In this respect, gender gaps remain and are likely to become exacerbated unless addressed now.