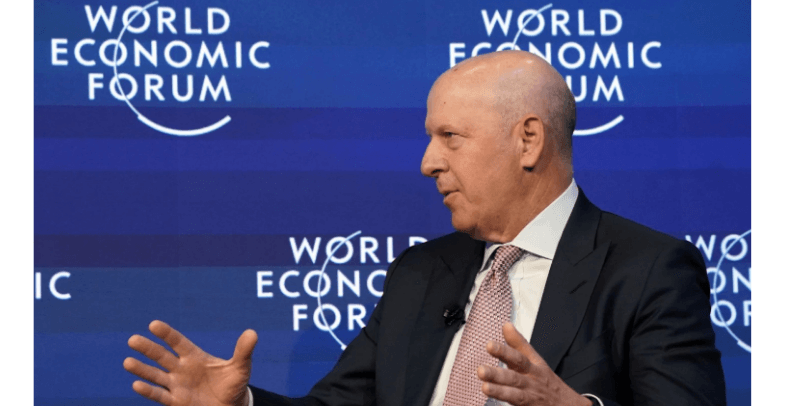 Goldman Sachs chief executive David Solomon said Thursday that the bank, one of the largest underwriters of initial public offerings, would not take companies public in the United States and Europe if they do not have at least one diverse board director, the latest move to push companies to increase the number of women and people of color in corporate boardrooms.

Speaking on CNBC, Solomon said the bank would implement the policy starting this summer, and would have a “focus on women.” It plans to increase the number to two by 2021, he said.

“From a governance perspective, diversity on boards is a very, very important issue. We have been very, very focused on it. So we’re trying to find ways to encourage that,” Solomon said, noting that IPOs with a woman on the board had performed “significantly better” than those without. “We realize that this is a small step but a step in a direction of saying, ‘You know what? We think this is right.’ ”

In an email, Goldman spokeswoman Leslie Shribman said the policy will become effective on June 30, “as we transition some existing clients to this target.” The policy would count a director as diverse if he or she is from traditionally underrepresented groups, including gender, race, ethnicity, sexual orientation or gender identity, Shribman said. She said the commitment will extend to companies where the bank’s private equity division has a controlling or majority stake.

Goldman Sachs’s 11-member board includes four women. Its lead director, Adebayo O. Ogunlesi, is black. Lakshmi Mittal, the Indian-born chief executive of ArcelorMittal, is also on the board.

Solomon did not mention any demands for increased diversity of a firm’s executive team. At Goldman Sachs, three of the nine executive officers listed on its website are women.

Goldman’s move comes amid increased investor scrutiny of board membership, with a particular focus on gender, from shareholder activists and institutional investors adding rules to their voting guidelines. BlackRock has said it expects to see at least two female directors on the companies in its portfolio, while State Street has said it plans to vote against nominating committee members on all-male boards.

As of July, no all-male boards were governing companies in the S&P 500 index. At the time, the percentage of women-held board seats in the S&P 500 was nearly 27 percent, according to data from ISS Analytics, the data arm of the proxy adviser Institutional Shareholder Services. A 2018 report from Deloitte and the Alliance for Board Diversity found that minority directors, male and female, make up 16 percent of Fortune 500 board seats.

But that figure is much lower among companies nearing initial public offerings. Without referencing the source, Solomon told CNBC that about 60 U.S. and European companies went public in the past two years without any female board member.

George Fleck, an executive recruiter who tracks board changes, said that since April, just 18 percent of seats on IPO boards were held by women. Goldman’s move, Fleck said, “is a public acknowledgment that we need to add more qualified women to public company boards.”

After years of ‘glacial’ change, women now hold more than 1 in 4 corporate board seats

Goldman Sachs has in the past underwritten high-profile IPOs such as Facebook and WeWork that later came under fire for their lack of female directors. In 2012, Facebook went public with no women on the board before adding chief operating officer Sheryl Sandberg. Last year, WeWork parent The We Company drew backlash for its lack of women on the board when it filed its IPO paperwork. It later added Frances Frei, a professor at Harvard Business School.

In the CNBC interview, Solomon said WeWork, which was bailed out by Japanese conglomerate SoftBank after a failed IPO, was “one of many data points that have led us over a number of months to talk about this, but … it wasn’t in the thought process as we debated it.”

Solomon also said Goldman Sachs would help companies find diverse candidates and put in a more formal process for identifying them. One “constraint” in adding women, he said, has been a “bias” toward putting existing chief executives or chief financial officers on boards. “If you put that hurdle there, then you’re eliminating an enormous number of women with decades of experience.”