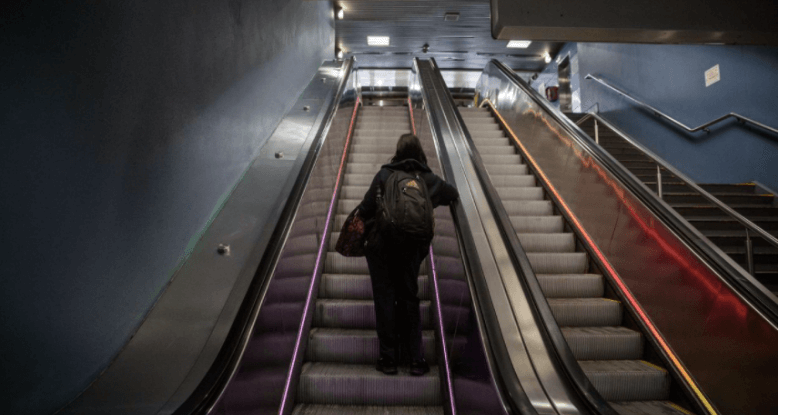 If Women Drop Out of the Labor Force, Corporate Effectiveness Will Suffer

Covid-19 may force many women to leave their jobs. If so, our analysis suggests, it will affect how companies perform in a variety of ways.

With four times as many women as men having dropped out of the labor force last month, many people are concerned that the coronavirus is undermining workplace equity.

Our latest research indicates that something else may also suffer damage over time: corporate effectiveness.

Our insights are derived from a statistical model that was built by the Drucker Institute and forms the basis of the Management Top 250, an annual ranking issued in partnership with The Wall Street Journal. Informed by the ideas and ideals of the late management thinker Peter Drucker, it gauges a company’s “effectiveness”—defined by Mr. Drucker as “doing the right things well.” The 2019 ranking was published last November, and the 2020 list will be released in December.

Last year, we evaluated 820 large, publicly traded companies through the lens of 34 indicators across five categories: customer satisfaction, employee engagement and development, innovation, social responsibility and financial strength. To be ranked, a company had to have at least two valid indicators for each of the five areas. Six hundred and forty companies met this condition.

To produce our ranking, corporations are compared in each of the five categories, as well as in their overall effectiveness, through standardized scores with a range of 0 to 100 and a mean of 50.

In our most recent analysis, we grouped the 640 companies into quartiles, ranging from the highest-scoring firms to the lowest-scoring. Using gender-diversity data supplied by financial-information provider Refinitiv Eikon, we then examined the percentage of C-suite executives and members of senior management who are women at the companies in each quartile to see what, if any, pattern emerged.

The results couldn’t be clearer. On average, women make up 20.2% of top executives among companies that scored in the highest quartile in terms of their total effectiveness. For companies in the second quartile, that number slips to 17.5%. For those in the third quartile, it’s lower still, at 15.4%. And at the companies that are least effective overall, an average of just 12% of executives are female.

As Covid-19 continues to take a toll on the nation’s physical and economic health, women have found themselves bearing much of the hardship. They have lost more jobs than men, and they’ve also had to shoulder an inordinate share of housework and family caregiving responsibilities.

More than one in four women now say they may quit or scale back their jobs, according to McKinsey & Co. and LeanIn.Org—a trend that threatens the gender balance at all kinds of companies.

Before the pandemic, “the representation of women in corporate America was slowly trending in the right direction,” McKinsey and Lean In said in a new report. But if they are compelled “to leave the workforce, we’ll end up with far fewer women in leadership—and far fewer women on track to be future leaders. All the progress we’ve seen over the past five years would be erased.”

This could have implications for how well companies perform across a host of functions.

In fact, we discovered that companies in the highest quartile in each of our five categories have a far greater concentration of top women executives than do those businesses in the lowest quartile.

The biggest spread is in social responsibility. At firms that score in the highest quartile, an average of 22% of top executives are women, compared with 10.9% for companies in the bottom quartile.

Women account for 19.8%, on average, of the most senior executives at corporations in the highest quartile when it comes to innovation. In the lowest quartile, the figure falls to 12.8%.

The smallest gap is in the area of employee engagement and development—but it’s still significant. Among companies in the highest quartile, 17.8% of top executives are women vs. 14.7% in the bottom quartile.

There is no way to know for sure why companies with more women at the top fare so well in every area of our ranking. But our findings are very much in line with a rich body of scholarship highlighting the benefits to business of diversity.

For example, researchers from Boston Consulting Group and Technical University of Munich have shown that “innovation increases as the proportion of female managers rises.” Professors at Utah State University have reported that companies characterized by “gender diverse leadership teams” are more effective than other firms “at pursuing environmentally friendly strategies.” A study last year by S&P Global Inc. concluded that firms with female CEOs and CFOs produce superior stock price performance as compared with the market average.

All of this suggests that companies would be wise to reach out to the women who work for them and find more ways to be supportive during this difficult time. Otherwise, the leaks in the talent pipeline may flood every dimension of corporate performance.