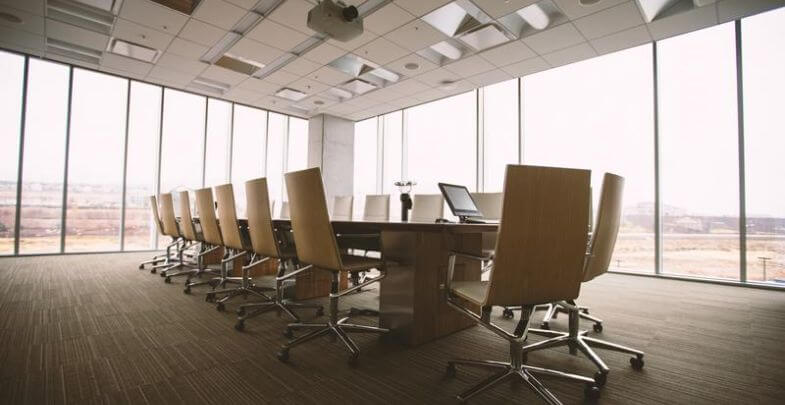 (August 27, 2019) Gov. J.B. Pritzker today signed HB 3394, a bill intended to foster corporate diversity that some critics said had been gutted by amendments that took out requirements for minority representation on corporate boards.

Previous versions would have required Illinois-based publicly traded companies to have at least one woman, one African American and one Latino on their boards. A Crain’s analysis found if the early version of the bill passed, just 12 of Chicago’s 40 largest corporations would be in full compliance.

The bill signed today requires companies to turn over data to the Illinois secretary of state about female and minority board membership, as well as practices for identifying and appointing diverse leadership. The University of Illinois will study board demographic makeup and grade each corporation according to a rating system it will develop. The university will also publish aggregate data annually.

“As a result of this legislation, in the coming years, both the legislature and the public can review the gender, racial and ethnic makeup of the governance of large businesses that call Illinois home,” Pritzker said in his prepared remarks. “Better diversity among leadership leads to reduced turnover, increased growth and improved market share. That’s good business, and it advances my vision of an Illinois where both businesses and working families thrive.”

Pritzker said the bill’s value is “shining a light” on public companies. “You can’t shine a light on it without the data.”

Data is the “big first step,” the governor said. “We intend to hold it up and show people who the good actors are, who’s doing the right thing, and who needs help.”

“People care about their report card,” lead House sponsor Emanuel “Chris” Welch told Crain’s on Tuesday. “When you take that report card home, you want to be proud, you want your parents to see it and give you pats on the back. These corporations are going to want that same thing. This report card is going to make a world of difference.”

The law does not touch private business—Pritzker’s own investment firm, Pritzker Group, employed few women in senior positions, according to a Chicago Tribune review.

Welch said legislators must tread carefully when dealing with private companies, but “I do believe that when they watch and see what happens with the public companies and how they profit from diversity, private companies are going to want to follow suit.”

“I will say, we are looking at private companies that do public business. That’s something we’re going to be taking a close look at probably the next session,” Welch continued. “Right now, our lawyers are still looking at it. We’re hoping that we can file similar legislation that can require them to have diverse corporate boards because they do public work” in 2020.

The first reports from businesses are due to the secretary of state’s office by Jan. 1, 2021. The university will publish its analysis by March 1 each year.