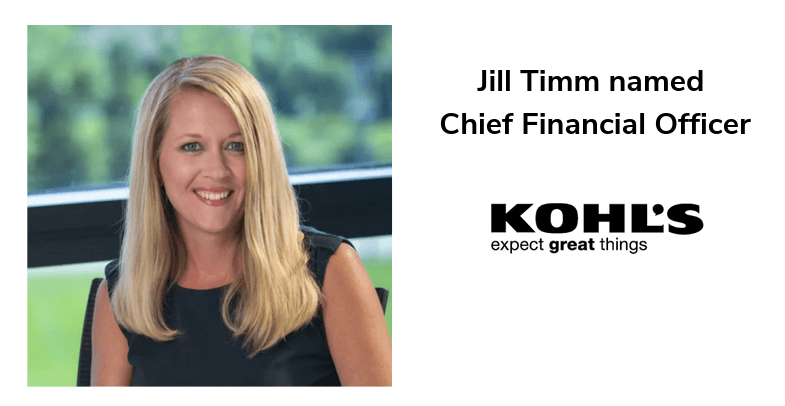 (October 11, 2019, Milwaukee Journal Sentinel) With Kohl’s Corp. this week naming longtime executive Jill Timm as its new chief financial officer, the retailer will join an unusual 1% club — the handful of Fortune 500 firms where both the CEO and CFO are women.

Kohl’s said late Thursday that Bruce Besanko, its chief financial officer since July 2017, will step down from that spot on Nov. 1 and retire at the end of the company’s fiscal year in early 2019.

Succeeding Besanko as CFO will be Timm, who joined Kohl’s in 1999 and worked her way up through a succession of leadership positions in various areas of finance.

Changes in corporate CFO suites typically don’t attract much attention, but this one is different.

Big companies with female CEOs are rare enough. In May, Fortune magazine found 33 among its annual roster of the 500 largest U.S. firms that are publicly traded or otherwise file financial statements with a government agency.

But if female-headed Fortune 500 companies are the exception, those that also have a woman running their financial affairs literally can be counted on one hand.

Of the 33 firms Fortune identified as being led by a woman, it appears from recent financial filings and company websites that just four have a woman chief financial officer as well. On Nov. 1, Kohl’s will make it five.

Michelle Gass, CEO of Kohl’s, has been in that post since May 2018. The Menomonee Falls-based firm also has a female president, Sona Chawla. But Chawla, who had been a candidate for the top job, is leaving Kohl’s this month.