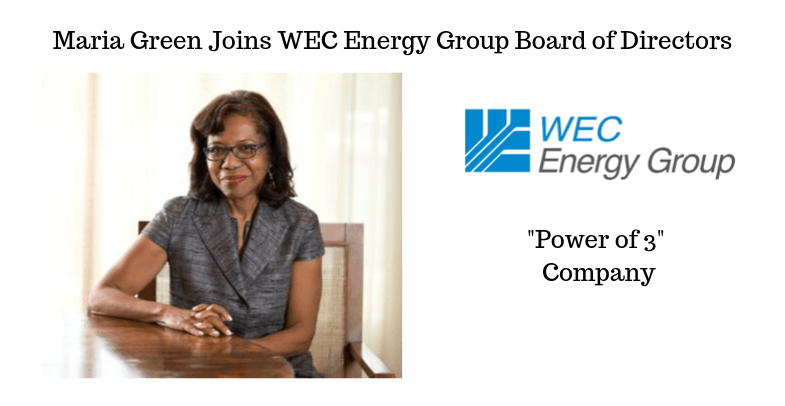 Maria Green appointed to WEC Group Energy board of directors

“We’re delighted that Maria has agreed to serve as a director,” said Gale Klappa, executive chairman. “Her remarkable background in corporate and civic leadership is a perfect fit for an already strong and engaged board of directors.”

Green, 65, retired in June as senior vice president and general counsel for Ingersoll Rand after a 35-year career in law and business. She was responsible for management and oversight of the company’s legal group and a trusted legal and strategic adviser to the company’s chairman and CEO.

Prior to joining Ingersoll Rand in 2015, Green served as senior vice president, general counsel and secretary for Illinois Tool Works in Glenview, Illinois. Green has a bachelor’s degree in Sociology and Economics from the University of Pennsylvania and a law degree from Boston University.

A member of the Chicago Urban League executive committee, Green served as chairman from 2015 to 2017.

WEC Energy Group (NYSE: WEC), based in Milwaukee, is one of the nation’s premier energy companies, serving 4.5 million customers in Wisconsin, Illinois, Michigan and Minnesota.

WEC Energy Group (wecenergygroup.com) is a Fortune 500 company and a component of the S&P 500. The company has approximately 50,000 stockholders of record, 8,000 employees and nearly $34 billion of assets.