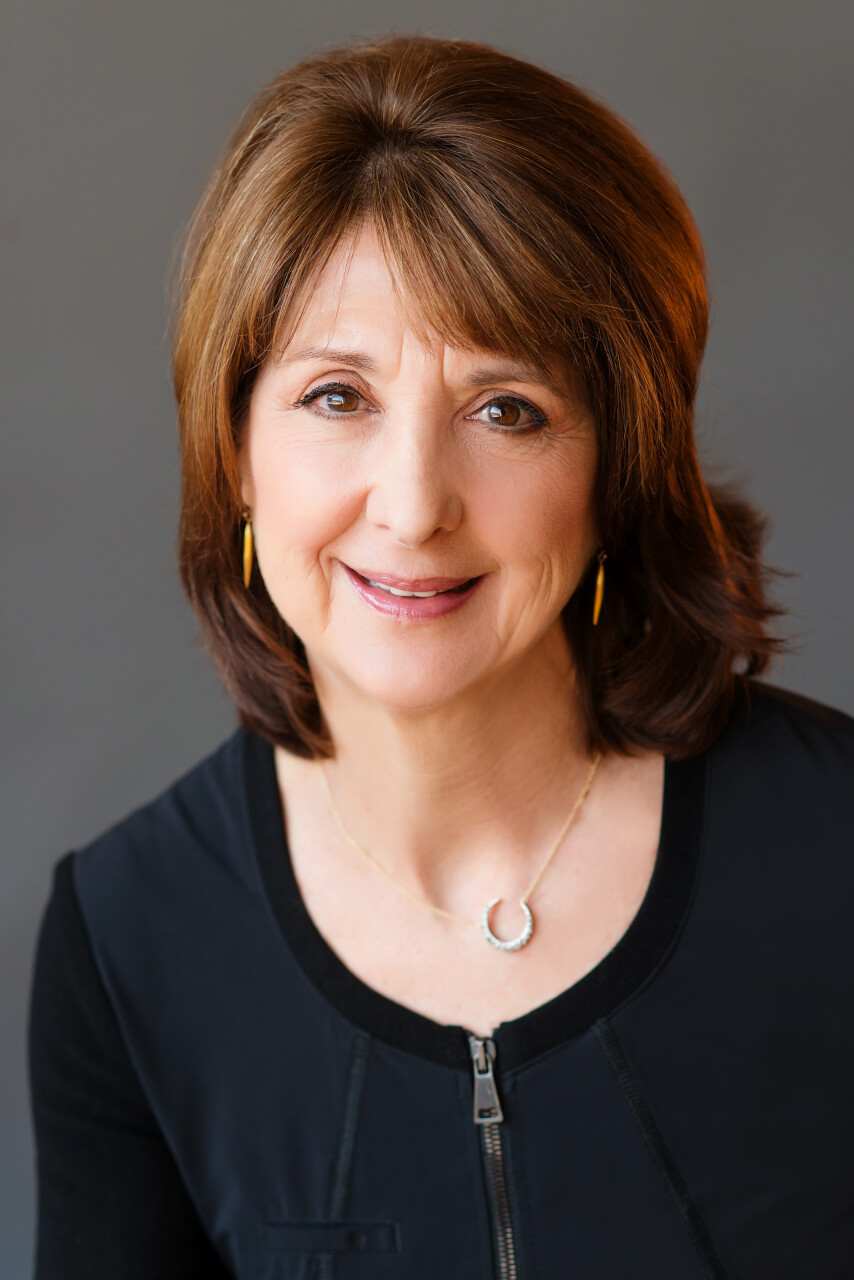 Gail Lione
Senior Counsel, Dentons US LLP
Washington, District of Columbia
email gaillione@gmail.com
Gail Lione is a senior executive with business strategy, intellectual property, human resources and corporate governance experience in the C-Suite. She is Senior Counsel at Dentons US LLP, where she co-chairs the firm's ESG Task Force and D&I committee. She is also an adjunct professor of intellectual property law at Georgetown University Law School and a Fellow of the ESG Center of The Conference Board. She currently is a director of two companies, Sargento Foods Inc and Badger Meter, Inc (NYSE:BMI); and was formerly a director of The F. Dohmen Co. For more than 23 years, Ms. Lione served as a senior executive and general counsel of 3 companies in 3 different industries: global marketing/manufacturing; publishing, printing and digital imaging; and insurance, banking and financial services.

Gail Lione is a senior executive with business strategy, intellectual property, human resources, and corporate governance experience in the C-Suite. She is a sought after board member for corporations, both public and private. She has been a member of the Board of Directors and Audit Committee of Sargento Foods Inc. since 2006 and now serves on its Compensation Committee; and she has been a member of the Board of Directors of Badger Meter, Inc. (NYSE:BMI) since February 2012, is a member of its Compensation and Corporate Governance Committees, and served as its Lead Director from April 2015 to April 2017. Ms. Lione formerly served as a director of Imperial Sugar Company (NASDAQ:IPSU) and a director of The F. Dohmen Co, a Wisconsin private company in the life science services business. As a current corporate director, she is a member of Women Corporate Directors, Washington DC chapter. Ms.Lione presently as Senior Counsel at Dentons US LLP where she draws upon her experience as a former general counsel and as an active board member to advise executive leadership and boards about governance risk management, intellectual property and ESG (environmental, social/sustainability and governance) issues. She serves as a Fellow of the ESG Center of the Conference Board. She also continues and an adjunct professor of intellectual property law at Georgetown University Law School. She previously taught at Marquette University Law School and American University Law School. For more than 23 years, Ms. Lione served as General Counsel of 3 companies in 3 different industries: global marketing/manufacturing; publishing, printing and digital imaging; and insurance, banking and financial services. In her most recent assignment, she was the Executive Vice President, General Counsel, Secretary and Chief Compliance Officer of Harley-Davidson, Inc. until May 2010. She also served as President of The Harley-Davidson Foundation from 2006 until May of 2011 when she retired from the company. During her almost 14 year career with Harley-Davidson she was a member of the executive leadership team and also served as Vice President of Human Resources for 2 years. As an executive officer of this Fortune 500 public company, she managed all worldwide legal affairs, corporate governance and compliance for the company including its financial services subsidiary and its trademark holding company. For the 7 years prior to joining Harley-Davidson, Ms. Lione was General Counsel and Secretary of U.S. News & World Report and its affiliates, The Atlantic Monthly Company, Applied Graphics Technologies and Applied Printing Technologies. Her first General Counsel position from 1986-89 was with Sun Life Group of America in Atlanta, Georgia where she managed the legal and regulatory affairs of 5 insurance companies licensed in 50 states. Ms. Lione started her legal career as a real estate tax lawyer with Morgan, Lewis & Bockius in Philadelphia and then with Hansell & Post in Atlanta where she was seconded to John Portman’s architectural and development companies for about 2 years. From 2000 to 2010, Ms Lione served as a member of the Board of Directors of the National Association of Manufacturers and was a Trustee of its Manufacturing Institute from 2002 to 2007. She was also a Trustee of the Copyright Society of the USA from 1996-1999. In January 2015, she was elected as a member of the American Law Institute. Ms. Lione is presently a member of the Board of Trustees of the University of Rochester and serves on its Audit and Human Resources Committees. In Washington DC, she is on the Boards of Dog Tag Bakery, Inc., the Abramson Scholarship Foundation and the International Senior Lawyers Project; and in Milwaukee, she is on the Board of the Milwaukee Art Museum where she also served as its Secretary until 2017. She is an Emeritus member of the Board of Milwaukee Women, Inc. She was Co-Chair of the 2013 Campaign for the United Performing Arts Fund and Co-Chair of the 2004 United Way campaign for Metropolitan Milwaukee. Ms. Lione also served as Chair of the Board of the Bradley Center Community Sports & Entertainment Support, Inc, a support organization for the former Bradley Center in Milwaukee, Wisconsin. Her other professional associations include being a member of the Greater Milwaukee Committee, The Fellows of the American Bar Foundation, and the Board of Managers of the Law Alumni Society of the University of Pennsylvania Law School. In 2011, she was appointed as a member of the MillerCoors Inclusion and Diversity Advisory Council in recognition of her commitment to diversity and inclusion and served until 2017; and the National Women’s Leadership Council of United Way (now called Women United Global Leadership Council) in recognition of her years of service as co-chair of the Milwaukee Women’s Initiative Council. From 2017 to June of 2019, she served as the Chair of the Women United Global Leadership Council of United Way Worldwide which represents over 75,000 women. In recognition of her leadership of this organization, Ms. Lione received the Linda T. Mellowes Woman Leader of the Year Award Ms. Lione was also honored by DirectWomen with the Sandra Day O’Connor Board Excellence Award for serving with distinction as an independent director of public companies and for working to advance the value of diversity in board positions. Ms. Lione received the Distinguished Alumnus Award from the University of Rochester in 2011 and was named the Milwaukee BizTimes Woman Business Executive of the Year for 2012. In 2013, she was recognized by Tempo Milwaukee with its annual Mentor Award and, in 2014, she received the ABA's Mayre Rasmussen Award for the Advancement of Women in International Law. Directors & Boards magazine featured Ms. Lione as a Director to Watch in its 2015 Annual Report. Ms. Lione is a frequent speaker on corporate governance, ESG, intellectual property and women’s issues. Ms. Lione received her BA degree in Political Science magna cum laude/phi beta kappa from the University of Rochester and a JD from the University of Pennsylvania. She is married to Barry Grossman, an Administrative Patent Judge on the Patent Trial and Appeal Board, and has a daughter, Margo, who is a medical student at Johns Hopkins. July 2021

Formerly a director of Imperial Sugar company (NASDAQ:IPSU) and a director of The F. Dohmen Co, a Wisconsin private company in the life science services business.

Managed all worldwide legal affairs, corporate governance and compliance of a Fortune 500 public company. Participated as a member of the Executive Leadership Team.

Served as Secretary to the Board of Directors and Chief Compliance Officer of the Company; and served on subsidiary boards of Harley-Davidson Financial Services, H-D Michigan, Inc. (trademark holding company) and the Harley-Davidson Foundation.

Managed all legal affairs of the Companies; responsible for all corporate and partnership legal activities including litigation, acquisitions, financings and compliance.

Chief counsel responsible for credit enhancement product lines and the review of all asset sales involving credit card and home equity transactions (prior to MBNA spinoff); responsible for all SEC, tax and regulatory aspects of assets sales and reporting to the Finance Committee and Board of Directors.

Member of Board of Directors of insurance companies and senior management committees. Managed all legal affairs, government relations and regulatory activities of five insurance companies licensed in fifty states and affiliated companies, totaling in excess of $5.3 billion in assets; responsible for acquisition and disposition of insurance assets.