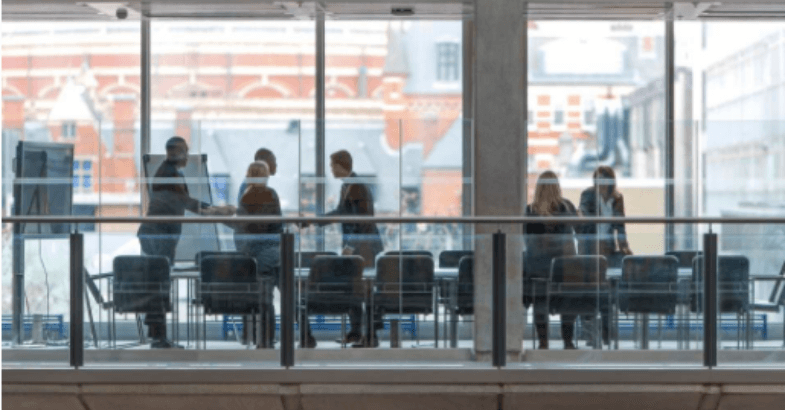 No More Excuses: How 4 Leading Companies Diversified Their Boards

A recent report revealed some disappointing news: Not a single Fortune 500 board is representative of the U.S. population in terms of gender and ethnicity, and, in 2020, minorities held just 18% of Fortune 500 board seats.

Furthermore, the average growth in minority representation on Fortune 500 boards — a paltry 0.5% per year — has not changed since 2004. At that rate, the report’s authors estimate it would take another 50 years for minorities to hold 40% of board seats in corporate America.

In the face of an increasingly strong business case for diverse boards, as well as mounting pressure from institutional investors, the data demonstrates just how far we have to go.

Some companies, however, are making strides — including Kroll, where I became a director last year, and where I was recently joined by Nicole Lamb-Hale.

What other companies have gone further than lip service when it comes to board diversity?

How did they manage to do it?

Though Ken Frazier, one of the Fortune 500’s only Black CEOs, stepped down at the end of June, he will, for the time being, retain his position as chairman of Merck’s board. The company’s board is relatively diverse, with three Black directors (21%), including Frazier, and six women (42%).

The keys to achieving that diversity, Frazier said, were twofold: first, “expanding the pool of qualified candidates,” and second, ensuring there were “no implicit or systemic barriers to getting the best talent.”

In the aftermath of George Floyd’s death, Frazier noted that conversations about those systemic issues have grown more prevalent, both at home and in the corporate world. And therein lies a key lesson for leaders: If they have not yet acknowledged the existence of those systemic barriers, both in and out of a business context, their D&I efforts will continue to fail. Taking the time to recognize and address challenges from a systems level is a crucial first step for any leader interested in boosting their board’s diversity.

Higgins Victor used to be the only woman on Best Buy’s board. Then, in 2012, Hubert Joly became CEO and backed Victor’s efforts to diversify. At that point, Victor said, “We didn’t set out to achieve gender parity; we set out to bring in candidates who have the skill sets to support the future strategies of Best Buy. We simply insisted they were diverse.”

The company pursued a variety of strategies, including looking beyond sitting CEOs and personal networks, interviewing a wide array of candidates, and dedicating several hours a week to the search. “You really need to research this,” Victor said. “It requires a deliberate process. Sometimes you get off track but you have to keep going back to what your search criteria is and keep a disciplined approach.”

Best Buy’s 11-member board now has four people of color and five women, including its CEO Corie S. Barry. In December 2020, the company also committed $44 million to D&I efforts, which include “transforming our senior leadership ranks to be more in line with our board of directors.” As Barry put it: “We have engaged in these issues for years — but now we’re being bold about our commitments to hold ourselves accountable for this work we’ve promised to do.”

According to CEO Enrique Lores, HP’s board is 58% minorities and 42% women, making it one of the most diverse boards in the tech industry. How did it accomplish this? By, essentially, building its board from scratch after it separated from the Hewlett Packard Company in 2015.

“We wanted to deliberately create a diverse leadership, bringing in people with different backgrounds, education, and work experience,” said Nan Weitzman, HP’s Head of Talent Acquisition. “And we asked ourselves, ‘Who do we need in order to thrive?’… It starts with the leaders believing in it and speaking about it and actually doing it. It’s part of the everyday conversation.”

Although leaders might not be able to completely rebuild their board, as HP did, they can still learn from the company’s experience. Oftentimes baby steps — adding a few new board members every decade — is not enough; oftentimes true change requires a massive shake-up of the status quo. Leaders simply need to decide if they are ready for it.

Back in 2017, Starbucks added three new directors to its board, making it one of the most diverse in the country. “I’ve tried to create an environment within the board that would be culturally similar to that of the company,” founder Howard Schultz said at the time. “People with like-minded values, domain expertise, diverse and deeply committed to transparency.”

In the years that followed, the coffee giant has managed to maintain that commitment to diversity. As of September 2020, its board was 46% people of color and 39% female; in December 2020, it named Mellody Hobson, the Black female co-CEO of Ariel Investments, as its chair. Further cementing its commitment, in 2020, Starbucks joined the Board Diversity Action Alliance, an organization that advocates for racially diverse corporate boards.

Leaders who would like to emulate Starbucks can take their lesson from Hobson herself. As she said, “We need less lip service, and we need more elbow grease …there is no way to escape actually having real results now: people are watching.” I agree: Leaders must put in work, rather than words, and add diverse board members posthaste.

Because, if there is one thing leaders can learn from the companies above, it is that diversity and inclusion — and specifically diverse board rooms — do not magically appear. Creating a balanced board of directors requires intention and accountability. It requires time and commitment. It requires transparency and hard work. It requires investment, both literally and figuratively, from those at the very top. And, above all, it requires the abandonment of tired excuses.