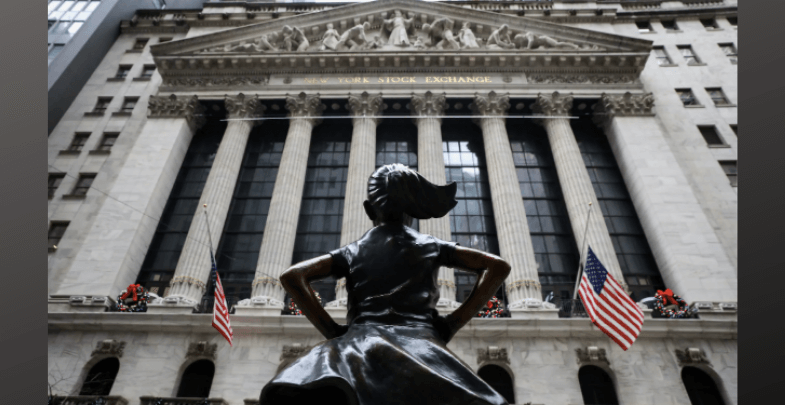 NYSE targets change in board diversity with elite networking program

When Betty Liu joined the NYSE in July 2018, she hit the road. In her newly created role as executive vice chairman of the exchange and chief experience officer of parent company Intercontinental Exchange (ICE), she wanted to talk to CEOs of NYSE-listed companies about the value-adds the exchange could provide.

During these initial meetings, diversity and board composition emerged as common themes. The CEOs she spoke to ‘had had no issues with wanting to make their boards more diverse; the issue was how to find the right candidates,’ Liu says.

When Liu got back to her office, she reflected on the conversations she’d had. ‘It seemed that if there was going to be a candidate who would be available to sit on a public company board, he or she would probably sit within our 2,400 companies,’ she says.

She got to work on forming the Board Advisory Council, a group of 16 public company CEOs from the likes of Coca-Cola, Delta Air Lines, Johnson & Johnson and State Street Global Advisors (SSGA). Each CEO was asked to nominate colleagues they believe are qualified and ready to serve on a public company board. Since June 25, 2019, 107 candidates have been recommended to participate in the program.

Twice a year, Liu hosts a board networking summit at the stock exchange building, where the board-ready candidates participate in speed-dating sessions with companies that have open board seats or are targeting greater board diversity.

‘Most companies will know there’s a match enough to merit a follow-up conversation within the first 30-60 seconds,’ Liu says. She hosted the most recent board networking summit on December 10, 2019, along with the council’s co-chairs Duriya Farooqui and Sharon Bowen, who both serve on the board of ICE.

The summits will be the main focus of the program, but Liu confirms plans for the NYSE to launch an online database of candidates who have been nominated. ‘We’ll be taking the 107 people we have now, adding to them every year and putting them online, almost like a closed LinkedIn community,’ she says. ‘It will be a much easier way for companies to search for candidates.’

‘The fact that the candidates are CEO-verified is very important’

There’s no shortage of organizations looking to make a difference on board diversity. The US chapter of The 30% Club launched in June 2014, with the goal of replicating the CEO-led efforts of The 30% Club in the UK, and groups like WomenCorporateDirectors and The Thirty Percent Coalition have long endeavored to engage with business leaders on the benefits of board diversity while building databases of board-ready candidates.

Every executive search firm with a thriving board practice underscores the importance of board diversity, and the last decade saw a massive rise in the launch of diversity networks within large companies. Last year, California passed a state law to mandate female representation on the board of public companies with their executive offices in California.

Liu, who spent years as a journalist and broadcaster for Bloomberg and CNBC prior to joining the NYSE, acknowledges the momentum behind the board diversity conversation. ‘Ten years ago, if I were to talk about diversity on air, nobody would be interested,’ she says. ‘It was a side topic and wouldn’t have made any headlines. Ten years later it’s a very different story, and that’s driven by some very important investors saying that this is an important issue.’

For example, SSGA has garnered significant headlines with its Fearless Girl campaign, with 580 of the 1,350 companies targeted adding a female director or committing to do so. The Fearless Girl statue, which caused such a stir when it was placed in front of New York’s Charging Bull statue, is now positioned outside the NYSE building.

But given the number of organizations that aim to make a difference on board diversity, what sets the NYSE’s program apart?

‘These candidates are validated by CEOs,’ Liu says. ‘There are plenty of people out there who want to raise their hand to be a board director, but they can’t get into our database unless they’re nominated by one of our CEOs. The fact that they’re CEO-verified is very important – CEOs know what it takes to be a good board member.’

Liu adds that the program will provide coaching on how these CEO-nominated individuals can position themselves as a compelling first-time board director. ‘The hardest part of being a board director is getting your first board seat,’ she says. ‘Once you’ve got that, the rest will follow.’

Before the most recent board networking summit, candidates were invited to attend a webinar about how to market themselves as potential board directors. In the future, this training may cover topics such as how candidates can prepare board resumés, for example.

Liu admits that the majority of the board-ready candidates put forward so far are female. While she’s satisfied with progress, she says she would like to broaden the definition of diversity to consider ethnic and racial diversity.

‘We told our council that we need to make this more ethnically diverse,’ she explains. ‘When people think of diversity, they think of gender, and that’s definitely helped push the needle, but you have to be more inclusive.’