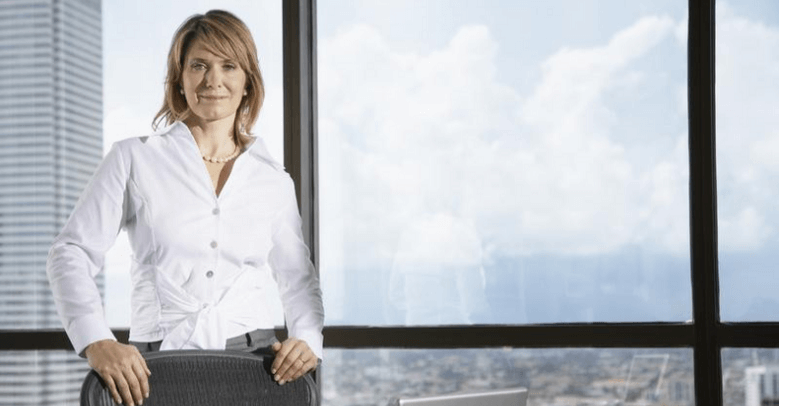 Percentage of women in C-suite roles inching up

The percentage of women in C-suite positions among the top 1,000 U.S. companies by revenue has risen slightly in the last year but is still dramatically lower than that of men, a new study found.

The study, conducted in early 2019 by organizational consulting firm Korn Ferry, examined the percentage of women in top jobs by title and by industry.

The analysis found that across the most prominent C-suite titles, an average of 25 percent of the top leaders are women, up slightly from 23 percent a year ago.

The smallest percentage of women occupy the top position, with only 6 percent serving as chief executive officer (CEO), the same percentage as last year.

“We interviewed dozens of current and former female CEOs, and the majority of them said they hadn’t even considered vying for the top spot until they had a sponsor tell them they were well-suited for the role,” said Jane Stevenson, global leader of Korn Ferry’s CEO Succession Services. “It’s critical that both talented women and those around them focus on creating a clear path for advancement.”

The data showed that the highest percentage of female CEOs is in the retail industry (12 percent), followed by the consumer industry (8 percent). The industry with the lowest percentage is healthcare at 1 percent. 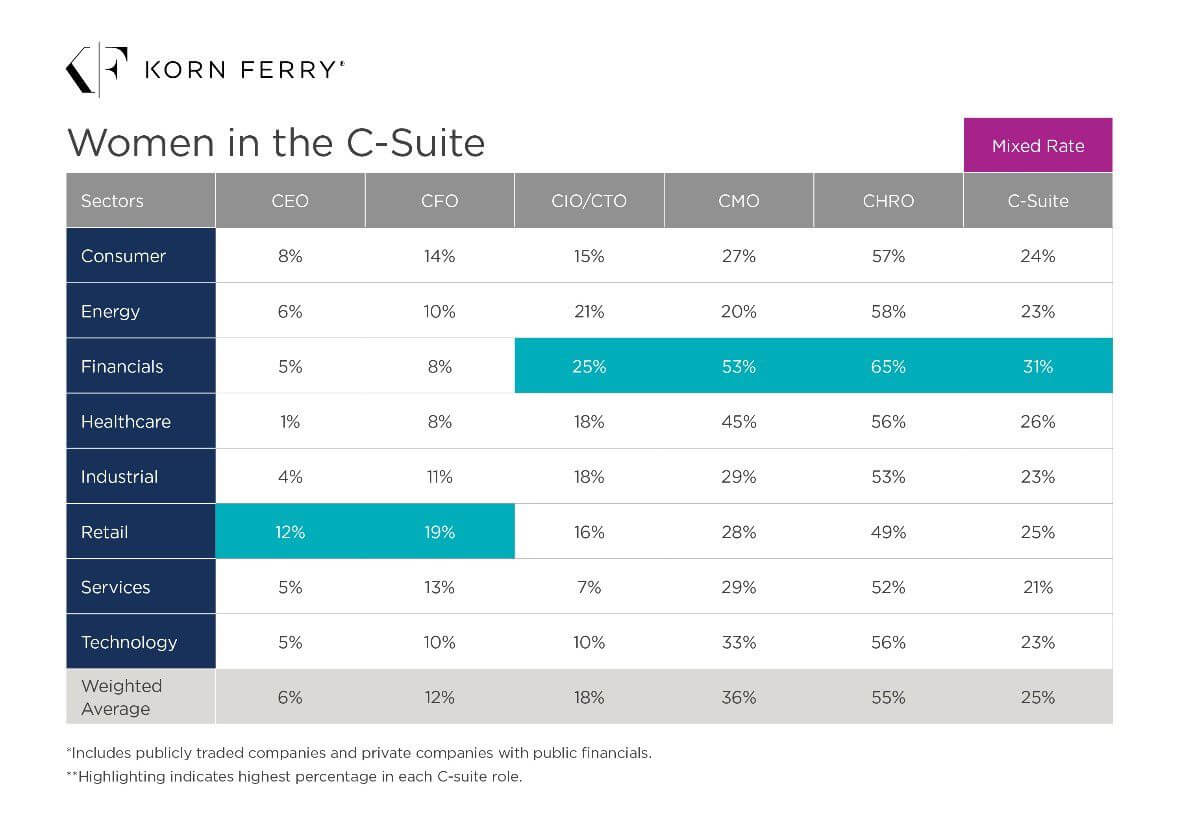