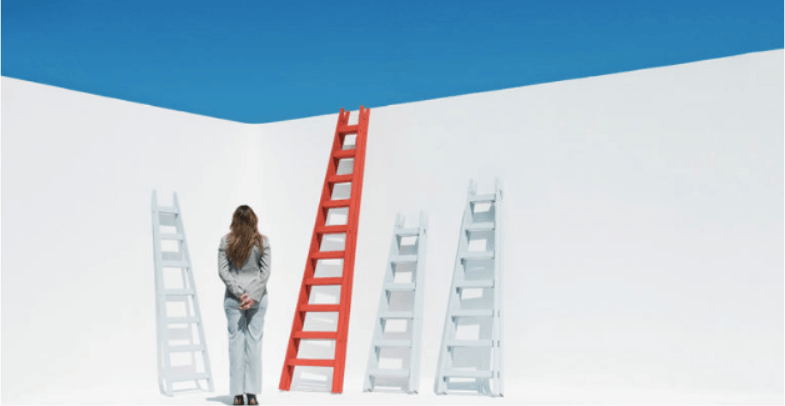 Research: Board Experience Is Helping More Women Get CEO Jobs

Yet, results from a study we conducted recently suggests that this decades-old problem of stagnant growth may soon turn around.

To hire a female CEO, a public company’s board of directors must identify qualified women to be included in the candidate pool. The historical pattern has been to require that candidates have prior CEO experience. This, of course, creates an obvious problem: Because there are so few female CEOs, there are few female candidates in a public company’s talent pool. Our data suggests corporate boards have been finding a creative way out of this chicken-and-egg dilemma. Specifically, they seem to have relaxed the prior-CEO-experience requirement for women and are using prior corporate board service as a proxy qualification.

Women were significantly more likely to serve on a corporate board than men. More than half of the women (59%) served on a public company board, as compared with 42% of the men. Almost twice as many women (23%) as men (12%) served on a private company board.

For those recruited from the outside, women were almost twice as likely to be promoted from a non-CEO title as men. More than half the outsider men appointed to lead a public company (52%) were CEOs of private companies or divisions of public companies, as compared with just 18% of women.

Together these findings not only illuminate a viable pathway to CEO for aspiring women (through board service) but also offer a suggestion for companies and boards that seek gender diversity in their CEO ascension plans: Assist high-potential executive women in securing corporate board seats.

Our research, coupled with recent growth trends for women appointed to serve on corporate boards, may signal a significant increase of women in the CEO talent pool in the years to come. The 2018 U.S. Spencer Stuart Board Index found that women represent a record-breaking 40% of the incoming class of board directors (up from 36% in 2017). Women now represent 24% of all directors, up from 22% in 2017. Further, 17% of the incoming class are 50 years old or younger, up slightly from 16% last year, and more than half of these next-gen directors (53%) are women.

We researched CEOs in the 3,000 largest publicly traded U.S. companies to identify a total of 140 female CEOs, representing just over 4.6% of all CEOs. We eliminated all of the women who were founders of companies or who inherited their position from a family business. We then randomly selected 100 of the women and matched each female CEO with a male CEO from a similar industry sector and company size. We confirmed that the pool of female and male CEOs matched in terms of demographics (except gender, of course) and company indicators.

To gather career path information, we analyzed Bloomberg profiles, press releases, company websites, and news articles. We traced the CEO’s career back to their first public company CEO role, then identified the three titles held prior to reaching that milestone. We also determined whether they had served on a public or private corporate board prior to becoming a public CEO for the first time.

Insiders vs. outsiders. For those promoted to CEO from within the company (roughly three-quarters of those studied), the career paths of the men and women were virtually identical. Almost 70% served as COO or president before being named CEO. For those recruited to become a public company CEO from the outside, however, the career paths by gender were strikingly different. More than half of the men had served in the CEO role of a private company or division prior, as compared with just 18% of the women. The majority of women held the president role and other C-level and senior executive titles.

Board service may have helped qualify female CEO candidates, as this data shows. 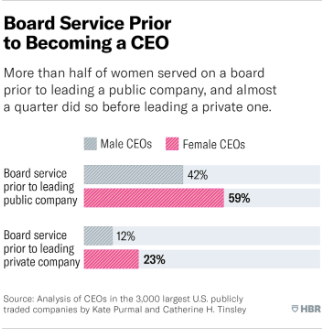 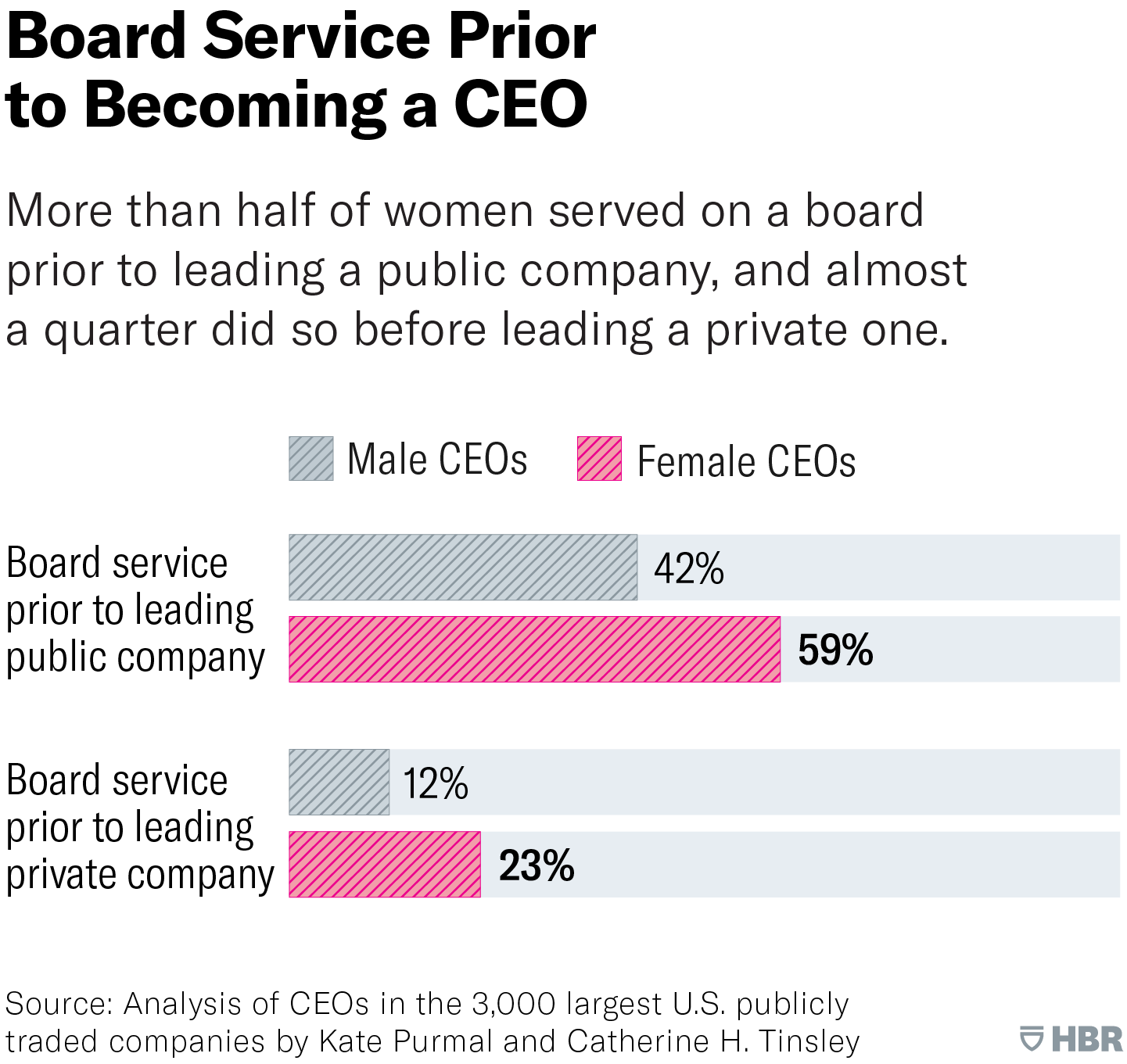 Our findings suggest that boards of directors should consider the skill set of COO, president, or even executive vice president roles combined with board experience to approximate prior CEO experience. Service on corporate boards may also give women visibility with board members who oversee CEO appointments so that they are more likely to be considered in CEO searches.

This is somewhat counterintuitive, given the traditional view of the corporate pyramid, where the board sits at the top of the hierarchy (entry-level employee to manager to executive to board member). Yet, for women the board level might precede the CEO level. To increase their pools of qualified candidates, corporate boards may reorder their thinking and search for CEO candidates from the ranks of fellow corporate boards.

Our findings, along with the parallel trend in the growth of female representation on corporate boards, suggest concrete actions that women executives, CEOs, executive teams, and corporate boards can take to increase the number of women who rise to become corporate CEOs.

First, companies who seek to include more women in their CEO ascension pool and who wish to groom women for C-level roles can initiate programs to assist high-potential women executives with securing a corporate board seat. And it shouldn’t be difficult. Actively employed, qualified non-CEO executives are in higher demand for board service than ever before. Spencer Stuart’s Board Index found that only 35.5% of new directors are CEO-level, down from 47% a decade ago.

Second, women who aspire to become CEOs can actively seek corporate board opportunities on their own, and it’s clear they should do so as soon as they join the executive ranks. This will strengthen their executive experience and position them to be considered for CEO roles.

To date, the studies of the ascension to CEO have been based primarily on the career paths of men, since men represent 95% or more of CEOs. But studying these career paths would not alert women to this alternative path. Our study holds promise that we may see a more meaningful pace of change.

Kate Purmal is a technology executive, strategic advisor, and business coach and serves as an independent director of corporate and nonprofit boards. She is a Senior Industry Fellow at the Georgetown University Women’s Leadership Institute.