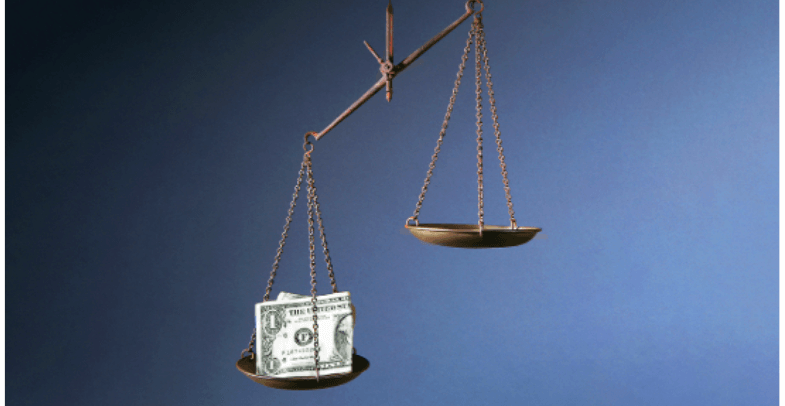 Researchers find that shareholder bias toward female directors is at play

A portion of the study conducted by Snellman and her co-author from INSEAD suggests investor biases are at play. The researchers asked senior managers with MBAs to read fictional press releases announcing new board members. The statements were identical, except for the gender of the incoming director. Participants rated those hiring men as more likely to care about profits and less about social values and those hiring women as “softer,” Snellman said.

“If anyone is biased, it is the market,” she said. In fact, Snellman said investors should consider organizations that add women and other under-represented groups to their boards “because there’s a good chance that company is being undervalued.”

But our research suggests that shifting the diversity discourse away from gender to other dimensions of expertise and experience might, in fact, help women and other underrepresented groups – for example, instead of saying “we have appointed a female director” the focus should be “we have appointed an expert on China.” With less emphasis on gender, female appointments might one day no longer be perceived as checking a social performance box, and signal nothing about firm preferences other than its commitment to hiring the best people for the job. Despite persistent efforts to tackle underrepresentation of women on corporate boards, most boardrooms remain mostly male. The slow progress on gender diversity has frustrated policymakers, industry groups, and institutional investors, many of whom have publicly advocated for inclusion of women and minorities among the top ranks of management.

But are investors walking the walk on board diversity?

In a recent study, we examine board composition and financial data on 1,644 public companies in the U.S. between 1998 and 2011, controlling for numerous firm-specific characteristics like size and corporate governance structure. We find that companies that appoint women to the board see a decline in their market value for two years following the appointment (after which we no longer see any effect). In other words, investors seem to be penalizing, rather than rewarding, companies that strive to be more inclusive.

Why might the stock market react negatively to increases in board diversity?

It is not because companies perform worse after they appoint female directors. We find that companies are not any less profitable after appointing female directors to the board than they were prior to the appointment. Nor are they any more profitable, for that matter. This is in line with numerous academic studies that have found little to no evidence supporting the idea that board diversity leads to better financial performance.

One suggested explanation for this puzzling finding is that the stock market is biased and believes that women are not as competent when making business decisions. If this was the case, board diversity could have no effect on operating performance but still have a negative effect on market returns. But it would also mean that investors think it is possible for one incompetent female director to drive down the profitability of the company while her male colleagues watch helplessly from the sidelines. This seems unlikely.

Another explanation is that investors react to what they perceive to be a change in firm preferences. Increases in board diversity may signal to investors that the firm is motivated by social goals and cares less about maximizing shareholder value. And to the extent investors care about shareholder value, they will penalize those companies they suspect are putting other goals first.

To test this theory, we conducted an experiment with 193 alumni and current students of a top-tier international business school.

We showed them a press release of a fictional company, announcing the appointment of Jack Smith or Marilyn Clark as a new member of the board. Besides the name of the director, the press releases were identical. We then gave the participants a list of 10 corporate goals and asked them how much they thought the company cared about each of them. We also asked them to evaluate the competence of the new board member.

We found no difference in the perceived competence of Marilyn and Jack, which was not surprising given their identical bios. There was, however, a difference in the perceived goals of the company. People believed that the company that appointed Marilyn cared more about improving the social performance of the firm and less about maximizing shareholder value, compared to the company that appointed Jack.

We think this happens because female board appointments are anything but gender neutral. It is not uncommon for a firm to explicitly mention gender when they announce appointments of new board members – but of course this only happens if the new board member is a woman. It is therefore not much of a leap to assume companies appoint female directors as part of a diversity initiative.

This wouldn’t be a problem if diversity initiatives were not seen by many investors as little more than costly experiments.

For example, a few years ago, Apple’s shareholders voted against recruiting more minorities to its top management team, after the company argued that such a measure would be overly restrictive. Similarly, after promising to address board diversity, Skechers explained their decision not to nominate a female director by saying that the firm’s “primary focus is on maximizing shareholder value.” In May 2019, the company nominated their first female board member following the enactment a law requiring California companies to have at least one woman on their board.

Activist shareholders are not necessarily more convinced about diversity being a source of value creation. According to a 2016 Bloomberg analysis, five of the biggest U.S. activist funds had succeeded in getting over 100 board members appointed in the previous five years. The number of women among them? Seven.

If investors are indeed interpreting female appointments as a sign that the company is less committed to maximizing returns to their shareholders, the effect of increases in board diversity should be larger for those companies that demonstrate commitment to social goals in other ways. This is in fact what we found.

We merged our data on board composition and firm financials with social performance ratings from KLD STATS, an index for socially responsible investing. We discovered that firms that had made investments in other diversity initiatives, such as work-life benefits, LGBT policies, and programs to employ disabled workers, suffered a greater stock market penalty for appointing female directors than companies that had no previous track record of promoting diversity.

Does this mean that we should not promote women to corporate boards? Of course not. Firms should be selecting the very best directors from the largest talent pool possible, and excluding women from that pool to avoid market penalties would be counterproductive. But firms expecting a financial performance boost simply by increasing female board representation may end up disappointed.

Diversity advocates often argue that gender-diverse boards make better decisions than all-male boards. This is because women bring new insights and perspectives and increase the cognitive diversity of the board. And the greater the cognitive diversity, the better the board is at solving complex problems and coming up with novel solutions. The problem is that there is scant evidence that women directors are much different from men when it comes to their approach or experiences – especially when they have similar educational and professional backgrounds.

To achieve cognitive diversity, then, we should focus on dimensions of diversity other than gender. For a board comprised of lawyers, this might mean adding an engineer and a sociologist in the mix. For an all-American board this might mean including individuals from other countries. And in many cases, this might mean recruiting board members outside of existing networks.

Some have expressed concern that broadening the definition of diversity, without associated efforts to reduce bias in director selection efforts, could provide firms with “an out,” effectively allowing them to exclude underrepresented demographic minorities from the board.

But our research suggests that shifting the diversity discourse away from gender to other dimensions of expertise and experience might, in fact, help women and other underrepresented groups – for example, instead of saying “we have appointed a female director” the focus should be “we have appointed an expert on China.” With less emphasis on gender, female appointments might one day no longer be perceived as checking a social performance box, and signal nothing about firm preferences other than its commitment to hiring the best people for the job.

Isabelle Solal is a postdoctoral research fellow at the James M. and Cathleen D. Stone Centre for the Study of Wealth Inequality at INSEAD, where she studies the role of gender in labour and financial markets.

Kaisa Snellman is Assistant Professor of Organisational Behaviour at INSEAD, where she teaches Power and Politics in the MBA program and Organisational Theory in the PhD program. She is on Twitter @KaisaSnellman.