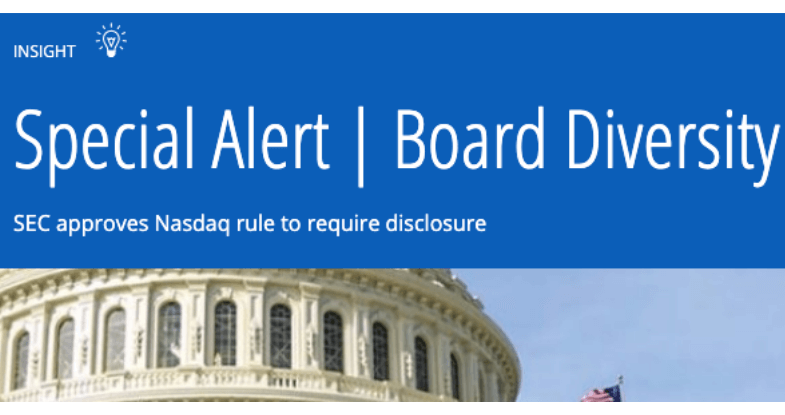 The SEC approved a Nasdaq proposal that requires Nasdaq-listed companies to:

Focus of the Administration

Executive Orders. The President has signed multiple Executive Orders directed toward advancing diversity, equity, and inclusion both within government agencies and public policies as well as more broadly throughout the economy. Congress and individual regulatory agencies have taken related action within their jurisdictions. (see KPMG Regulatory Alerts here, here, and here.)

SEC Disclosures. Separately, as part of its Spring 2021 Regulatory Agenda, the SEC listed enhanced disclosures related to “Corporate Board Diversity” and “Human Capital Management” among its proposed rulemakings to be released in the fall of 2021. With regard to “Human Capital Management,” Chair Gensler said the proposal “could include a number of metrics, such as workforce turnover, skills and development training, compensation, benefits, workforce demographics including diversity, and health and safety.”