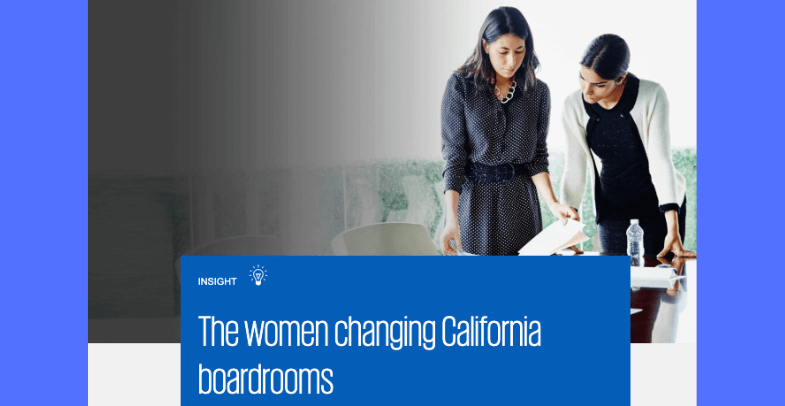 *For purposes of the report, “female directors” refers to the women who joined the boards of previously all-male California boards during 2019.

The KPMG Board Leadership Center looks at the early impact of California’s board diversity mandate.