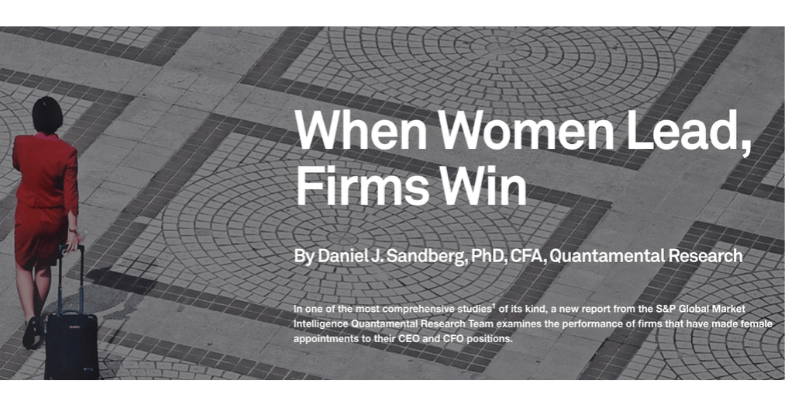 The study finds that firms with female CFOs are more profitable and generated excess profits2 of $1.8T over the study horizon.

Firms with female CEOs and CFOs have produced superior stock price performance, compared to the market average. In the 24 months post-appointment, female CEOs saw a 20% increase in stock price momentum and female CFOs saw a 6% increase in profitability and 8% larger stock returns. These results are economically and statistically significant.

Firms with a high gender diversity on their board of directors were more profitable and larger than firms with low gender diversity. Firms with female CEOs and CFOs have a demonstrated culture of Diversity and Inclusion (D&I), evinced by a larger representation of females on the company’s board of directors. Firms with female CEOs have twice the number of female board members, compared to the market average (23% vs 11%).