Why women leaders are excelling during the coronavirus pandemic

Since the beginning of the ongoing coronavirus pandemic, there’s been a lot of media attention paid to the relationship between female leaders at the helm of various nations and the effectiveness of their handling of the COVID-19 crisis.

The actions of female leaders in Denmark, Finland, Germany, Iceland, New Zealand, Norway, Iceland, Finland, Germany, Taiwan and New Zealand are cited as supporting evidence that women are managing the crisis better than their male counterparts. Resilience, pragmatism, benevolence, trust in collective common sense, mutual aid and humility are mentioned as common features of the success of these women leaders.

It would be easy to conclude outright that women make better leaders than men. Our academic education and experience as certified corporate directors, however, tell us that would be an overly simplistic verdict, and it’s actually more complicated than that.

Let’s broaden our perspective. What if countries led by women are managing the pandemic more effectively not because they are women, but because the election of women is a reflection of societies where there is a greater presence of women in many positions of power, in all sectors? 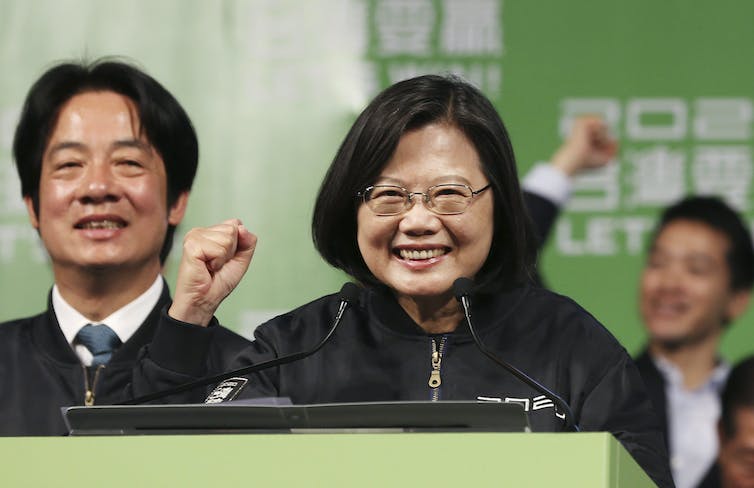 Taiwanese President Tsai Ing-wen celebrates victory with her supporters in Taipei. Taiwan has managed to curb the coronavirus pandemic despite its proximity to China. (AP Photo/Chiang Ying-ying)

Greater involvement of women results in a broader perspective on the crisis, and paves the way for the deployment of richer and more complete solutions than if they had been imagined by a homogeneous group.

Let’s see how this hypothesis holds up, based on the World Economic Forum’s annual study on gender parity among countries that are members of the Organisation for Economic Co-operation and Development (OECD).

Gender parity is measured in terms of the participation of men and women in society and the opportunities available to each gender in terms of access to health, education and employment, among others. The forum’s Global Gender Gap Report 2020 ranks countries in terms of their gender equality performance. Those that have fought the pandemic most effectively and are led by women rank high on the list.

The report also shows those same countries rank high when it comes to having women on corporate boards. It therefore leads us to conclude that more egalitarian societies are better managed.

In those countries, power is enhanced by the complementary nature of two genders contributing. The added value of this complementary factor in business management, for example, has been the subject of several studies. One of them, entitled “Delivering through Diversity,” by American consulting firm McKinsey, suggests that businesses with a more equitable gender balance perform better financially.

Are countries with greater gender parity managed differently? We observe that in these ecosystems, leadership is driven by supposed “feminine qualities” — empathy, compassion, listening and collaboration. These are distinct from the characteristics associated with the exercise of traditional managerial, supervisory and controlling power.

It should be noted, however, that these different gender-based attributes are more reflective of the perceptions, stereotypes and biases that characterize our societies. Women can display supposedly male management traits and vice versa.

The challenges of the 21st century call for a new type of leadership, different from that based on command and control. These challenges include climate change, health, the environment, the depletion of the Earth’s resources, the aging population and the shortage of talent, the virtual management of production and employee contributions and the development of new technologies 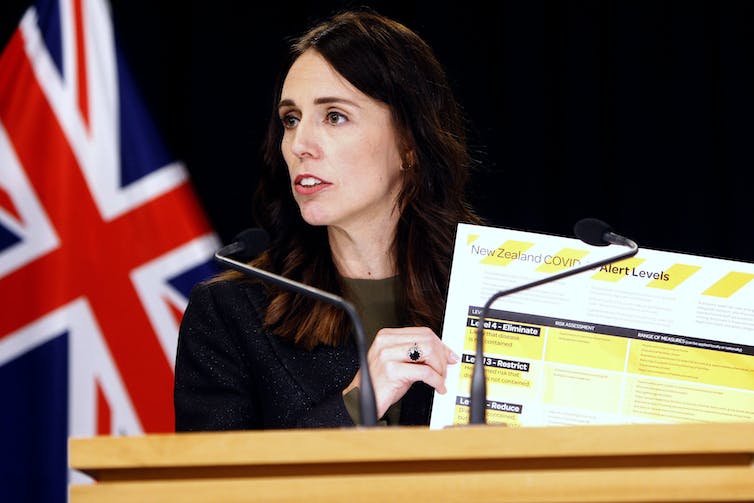 New Zealand Prime Minister Jacinda Ardern holds up a map showing a new warning system for COVID-19 in Wellington. New Zealand has set an ambitious goal to not only contain the coronavirus, but to eliminate it completely.

This new type of leadership primarily involves resilience, courage, flexibility, listening, empathy, collaboration, caring and recognition of collective contribution. The participation of everyone’s intelligence becomes the key to success. These are all characteristics of traditionally feminine management.

In order to overcome the obstacles of the 21st century and to be successful, organizations and countries must therefore diversify their sources of talent as much as possible, giving priority to gender.

Let’s look at the Canadian business world as an example.

The various difficulties encountered by women due to bias, stereotypes, work-family balance, absences due to maternity and corporate policies that are not adapted to the unique challenges faced by women result in few of them reaching the highest levels of Canadian organizations. Only four per cent of the positions of president and chief executive officer are held by women, and none of them are among the 60 largest companies listed on the Toronto Stock Exchange.

Another area where there is a need for action is STEM (science, technology, engineering and mathematics). In its report, “Cracking the Code: Education of Girls and Women in Science, Technology, Engineering and Mathematics (STEM),” UNESCO makes this disturbing observation:

“Only 35 per cent of girls worldwide study STEM subjects … only three per cent of female students in higher education choose to study information and communication technologies (ICT). This gender disparity is all the more alarming as STEM careers are often referred to as the jobs of the future, the engine of innovation, social well-being, inclusive growth and sustainable development.

There is an urgent need to increase the representation of women in all positions of influence. Our female students, among others, need female role models to encourage them to go for it.

In this regard, the John Molson School of Business at Concordia University in Montréal is increasing its efforts to hire female teachers and researchers to make women’s presence in the classroom a norm, not an exception. Only this balance will pave the way for new leadership, creating a better world.