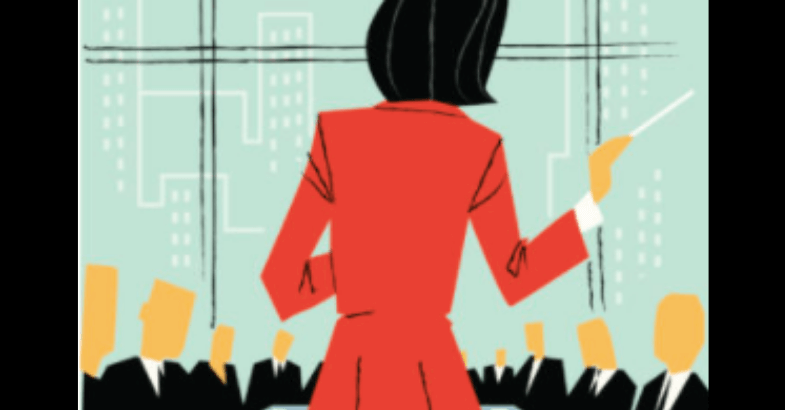 More women are breaking the glass ceiling into leadership roles in Wisconsin companies.
What gets measured gets attention.

It’s a simple adage that helps many of Wisconsin’s largest corporations thrive. “It’s how we hold ourselves accountable to our stakeholders and learn if improvement is necessary,” says Patricia Ackerman, an executive at A.O. Smith and chair of Milwaukee Women Inc.

And it’s why MWi reports annually on the state of gender and ethnic diversity on the boards of directors and executive offices of the 50 largest public companies in Wisconsin.

In her role with MWi, Ackerman sees firsthand how the professional organization’s research is making an impact. She has spent her entire career at A.O. Smith and has been a member of senior leadership since 2008, currently treasurer and senior VP of investor relations, corporate responsibility and sustainability. Recently, she’s no longer the only woman at the table where big decisions are being made; two other women join seven men in the “C-suite” of the Milwaukee-based company. She’s also seen more sensitivity to the fact that a woman can be a mother and still be an effective, full-time contributor at an executive level.

This year’s report shows that nearly one in four Wisconsin board members are female, and 40% of board members who were selected from 2020 to 2021 were women. Between 2019 and 2021, the growth of female board members has climbed steadily from 20.8% to 23.3%, the largest percentage since measurement began in 2004. And last year, 19.3% of those women directors were women of color, including 40% of newly elected women directors.

A pillar in MWi’s strategy is the “Power of 3,” a research-driven concept that suggests that the presence of three women on a board creates a critical mass that allows them to influence the dynamics and thought processes among other board members. And that influence pays off for the company, too; studies show that the financial results of companies with at least three women on their board exceed those without.

“These companies are learning that tokenism isn’t the right way to go,” says Ackerman. “Well-researched psychology around group dynamics and the importance of critical mass proves that the more people you can identify with, the more comfortable you feel finding your voice. That creates more effective and innovative teams that are more sensitive to identifying risks.”

Julia Taylor, president of the Greater Milwaukee Committee, has seen firsthand the importance of diversity of thought in both executive leadership and corporate boards. She was the first woman elected to the St. Francis Bank board of directors in 1996.

“To really change corporate culture, it does take the power of three to go beyond quotas and create a new cultural corporate norm,” Taylor says. “Milwaukee Women Inc.’s two-decades-long strategy of documenting and advocating to add women to corporate boards changed the accepted baseline for Wisconsin corporations’ governance and female leadership.”

In addition to its annual research, MWi offers its 125 members programming such as networking and mentorship to help women begin their journey to the board room.

She didn’t realize it early on, but for the first 20 years of Ackerman’s career, she had people in the room who were advocating for her. “For women, it’s important for the younger generation to see other women on boards and have those sponsors and mentors who would be willing to lend a hand,” says Ackerman.

MWi’s goal is to reach 25% gender diversity by 2025, and the organization believes that is well within reach if corporate leaders continue to pay attention to its research.

“With the solid increase in 2021, we are on track to reach our goal, and we strongly believe our research, resources and programming have had a role in increasing awareness of the business case for board diversity,” says Ackerman. “But there is still more work to be done. MWI is motivated and dedicated to moving the needle even further in the years ahead.”

The number of female directors has grown by 73%

The number of female executives has grown 127%

Six companies now have four or more female directors, an increase of 200%