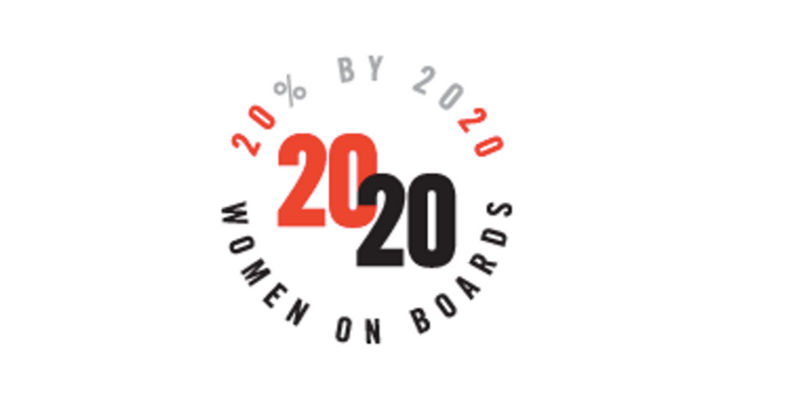 Women now hold more than 20 percent of the board seats at the top 3,000 publicly-traded companies

Women now hold more than 20 percent of the board seats at the top 3,000 publicly-traded companies, an achievement that reaches the goal set by national advocacy group 2020 Women on Boards a year early.

Data governance company Equilar Inc. analyzed gender representation on the boards of directors at companies in the Russell 3,000 Index, which represents about 98 percent of all publicly traded U.S. companies, and found that women now hold 20.2 percent of board seats.

That number is a significant increase from 15 percent in 2016, when Equilar began tracking the measure, The Wall Street Journal reported.

“The pendulum has swung from a glacial lack of progress to visible forward momentum,” said Malli Gero, 2020 Women on Boards co-founder, in a statement.

Sixty percent of the women in board positions took the job when new seats were created by expanding boards, not by replacing male directors. About one-third of the 2,712 companies in the index added women directors in the past year.

Some high-profile women who have joined the boards at major corporations in the past year include Starbucks executive Rosalind Brewer at Amazon, Apple’s Angela Ahrendts at AirBnb, Harvard professor and former Uber executive Frances Frei at We Co. and former U.N. ambassador Nikki Haley at Boeing Co., per WSJ.

About one-third of the 2,712 companies in the index added women directors in the past year for 793 additional seats.

Researchers found that 48 companies have reached gender parity with an equally number of women and men on their boards. But 311 companies still have no women directors, and one-third of companies have just one.

Betsy Berkhemer-Credaire, CEO of 2020 WoB, called board parity “strictly a business issue,” citing research that shows companies are more profitable and more productive when they women on their boards.

“Enlightened companies now recognize that it is a competitive advantage to have business-savvy women on their boards,” she said.

Every company in the S&P 500 now has a woman on its board of directors. Women make up 27 percent of all board seats, up from 17 percent in 2012, student loan servicer Navient has the most female board members of S&P 500 companies with about 58 percent, while Tegna, General Motors and Michael Kors round out the top five.

California and Illinois have passed legislation requiring companies to appoint women to their boards or face fines, per Forbes, which noted that some California companies are considering paying the $100,000-and-up penalty instead of hiring a woman director.