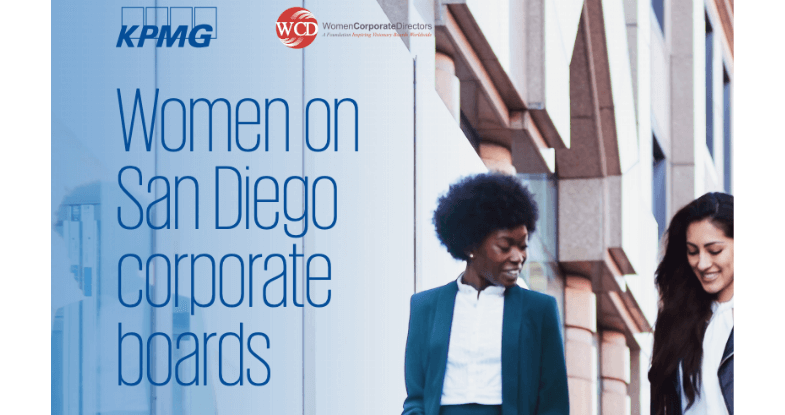 The WomenCorporateDirectors Foundation and KPMG are committed to increasing opportunities for women to serve on corporate boards.

Therefore, we are pleased to present this study on the gender diversity of the boards of the public companies headquartered in San Diego. As the eighth-largest city in the United States, San Diego plays an important role in the national and global economies. With the signing of Senate Bill 826 in 2018, California became the first state in the nation to require public companies headquartered in the state have women in the boardroom. 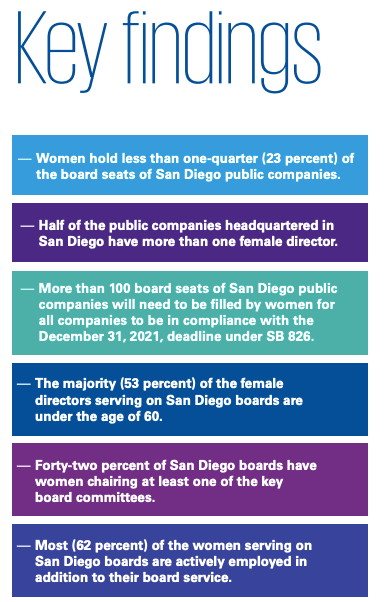